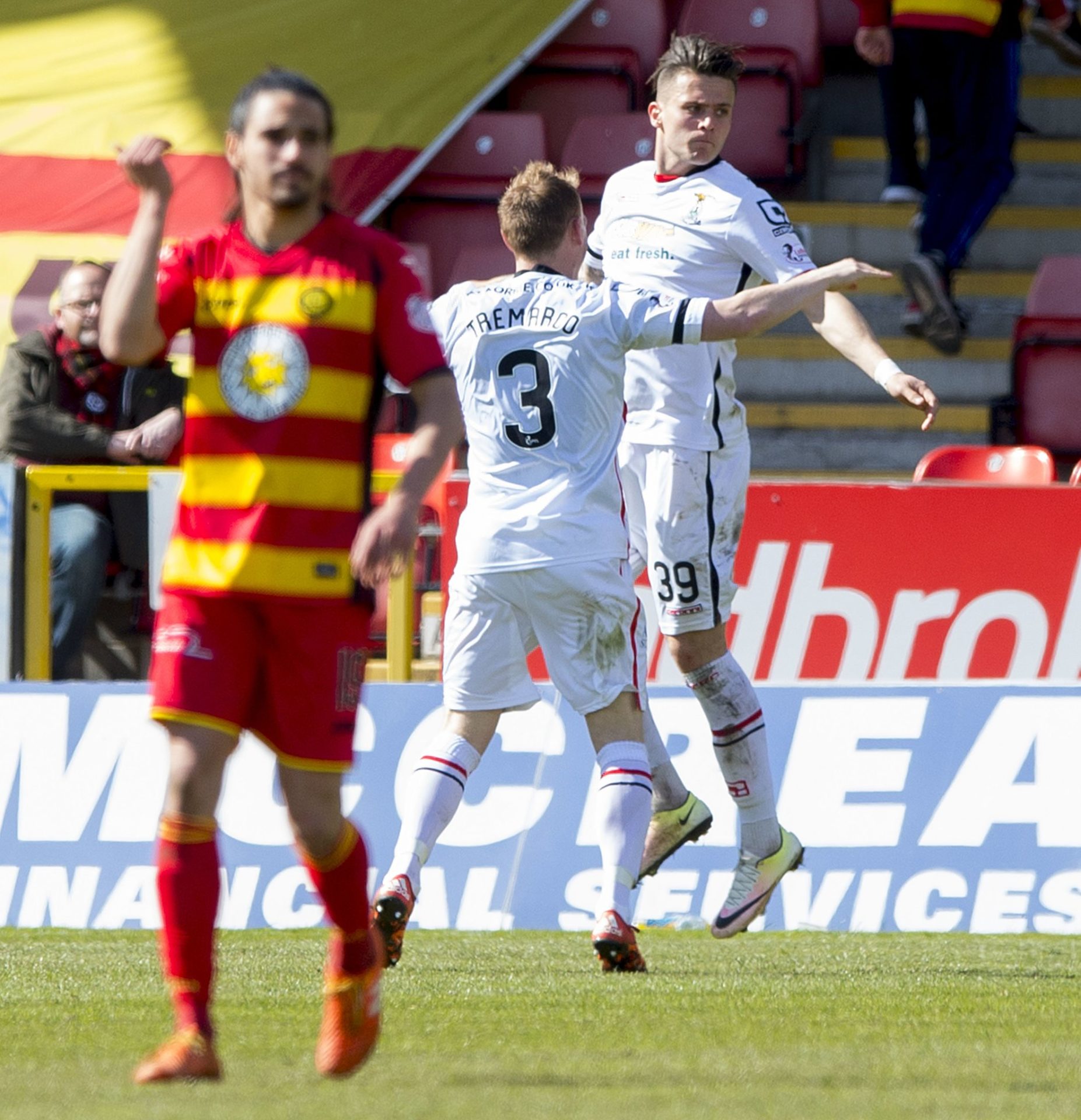 An impressive Inverness brushed aside a poor Partick Thistle side and secure their Premiership status.

The Highlanders opened the scoring on 14 minutes when Carl Tremarco latched onto an Andrea Mbuyi-Mutombo pass to run through on goal and fire past Ryan Scully.

Miles Storey netted his 12th of the campaign just a minute after half-time when he slotted home from close range and Josh Meekings made it three on 76 minutes when he volleyed past Scully unmarked from a corner.

That goal sparked a mass exodus from the disgruntled home support who had seen enough.

Kris Doolan pulled a goal back for Partick eight minutes later but within the space of 90 seconds John Hughes’ men restored their three goal advantage when Jordan Roberts controlled a Richie Foran cross before volleying high into the net.

The Caley boss was thrilled with the win, a victory that moves them up to 7th in the table.

“We played some nice stuff, I’m disappointed we never got into the top 6 but that’s football, I’m absolutely delighted today, disappointed to lose the goal but anytime you come here and score 4 goals well done.”

Hughes also heaped praise on substitute Richie Foran who has battled back from injury.

“Richie has had a horrendous two years since I’ve been at the club, he’s got himself fitter staying injury-free and if we can get him game time and a right good pre-season then it’ll be like getting a new player.”

Meanwhile the result leaves Partick with work to do to stay in the top flight, Jags boss Alan Archibald bemoaned his side’s poor defending.

“I thought the first-half was pretty even but second-half was not acceptable, it was miles away.

“We asked for a reaction (at half-time) didn’t get it, I’ve not seen us defend like that for a year-and-a-half.”