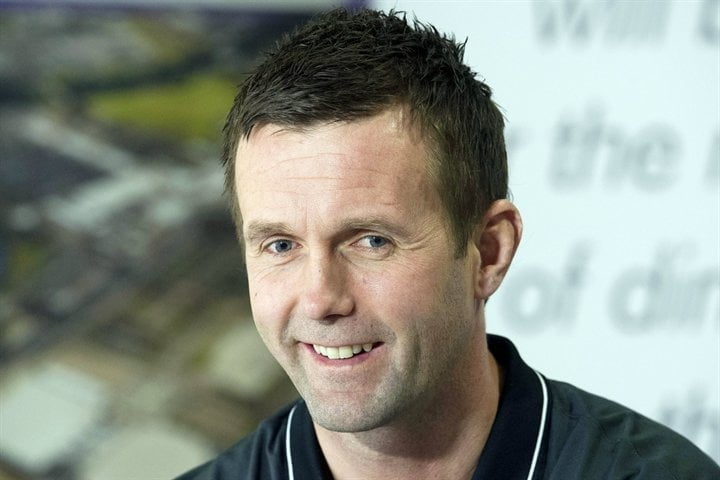 Rangers missed the chance to go second in the Scottish Premiership after a 1-1 draw with Falkirk but caretaker boss Kenny McDowall felt it was a point gained rather than two points dropped.

The visitors opened at the scoring at the Falkirk Stadium when Darren McGregor pounced to fizz a shot past goalkeeper Jamie MacDonald.

Falkirk’s response was immediate as they equalised through Rory Loy but neither side could seize the advantage after the break.

“I look at it as a point gained tonight,” said McDowall.

“This is not an easy place to come, it was never going to be a given. So to get away with a point I feel we will move on and take the next game as it comes. There are still a lot of games to go.

“In the first half we were not up to the par we have been playing at. The second half was better, but we still didn’t do enough to win the game.”

Bairns boss Peter Houston felt his side could have gone on to win the game but was satisfied that their unbeaten run in 2015 continued.

“I thought we deserved three points if I am being perfectly honest,” he said.

“We have only lost one match in 15 and I am thrilled with that, but I am a little bit disappointed for the players not to get the three points after how much we put into it.

“I felt we dominated in the first half. We went behind with what was probably Rangers’ first attack, which was a free-kick from a wide area that we should have dealt better with. The good thing about it was we got back into the game quickly and that is important.

“Jamie MacDonald has had very little to do over the 90 minutes and that is credit to our players. I don’t even remember him having to make a save in the second half.