By Peter MartinApril 6, 2016No Comments 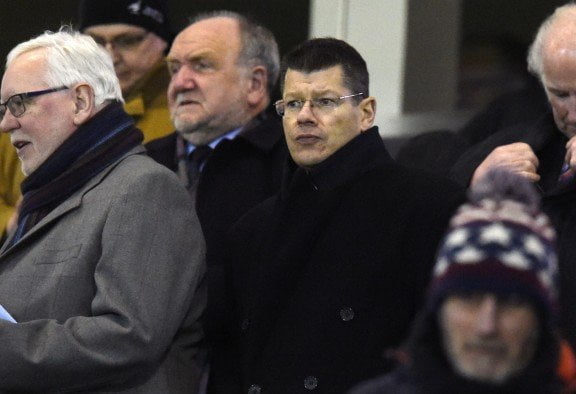 SPFL chief executive Neil Doncaster says Scottish football has been through a “tumultuous” time but believes Rangers’ promotion to the Scottish Premiership is good for the game.

The Ibrox club had to start from the bottom tier after liquidation in 2012 but sealed promotion to the Premiership after a 1-0 win over Dumbarton.

“It’s great for Rangers fans around the world and for Scottish football,” he told Sky Sports.

Whilst Rangers have been fighting to get into the top tier during their four-year absence, Celtic dominated the Premiership but St Johnstone and Inverness CT won the Scottish Cup, while Aberdeen and Ross County won the League Cup.

On the state of Scottish football, he said: “I think it is a far happier place without any doubt with having so many different clubs winning titles and Cups over the period that of course helps.

“We’ve got an appetiser in 10 days’ time with the Scottish Cup semi-final between Celtic and Rangers We’ve got four pretty big main courses next year too..”

“The game remains in good health despite the absence of Rangers from the top flight but we shouldn’t be in any doubt at all that Rangers coming back into the top flight next year will help the whole game.”