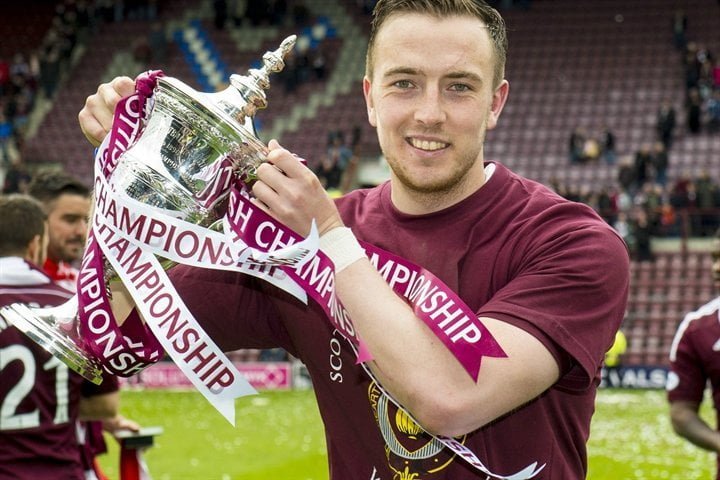 Wilson, who rejoins the club after a five-year absence, has signed a three-year contract at Ibrox.

The 23-year-old skippered Hearts to Championship success last season but triggered a clause in his contract which allowed him to be released this summer.

“I feel fortunate to have been asked to come back and play, just walking about brings back memories and hopefully we can make some good ones going forward,” he told the club’s official website.

“I wasn’t sure what I was going to do when I left Hearts but when I got the call I was interested straight away having been here before.

“The important thing they said to me was it was a new step going forward rather than what had been before.

“I’m just looking forward to getting a good pre-season under by belt and hopefully contributing for the club.”

Wilson was just 17 when he made his debut for Rangers and his performances both domestically and Europe sealed a switch to Liverpool.

However, the youngster was unable to cement a place in the first team and was shipped out on loan to Blackpool, Bristol City and Hearts before making a permanent move to Tynecastle in 2013.

Now though he’s determined to help the Light Blues gain promotion to the Scottish Premiership.

“There’s a lot of optimism around the club and to be asked to be a part of that on the playing side is something I’m looking forward to.

“We’ve got a lot of work to do to get the club back where it needs to be but it’s work worth doing and I’m happy to be apart of that.”