Rangers target Wilson too good for the Championship, says Alexander 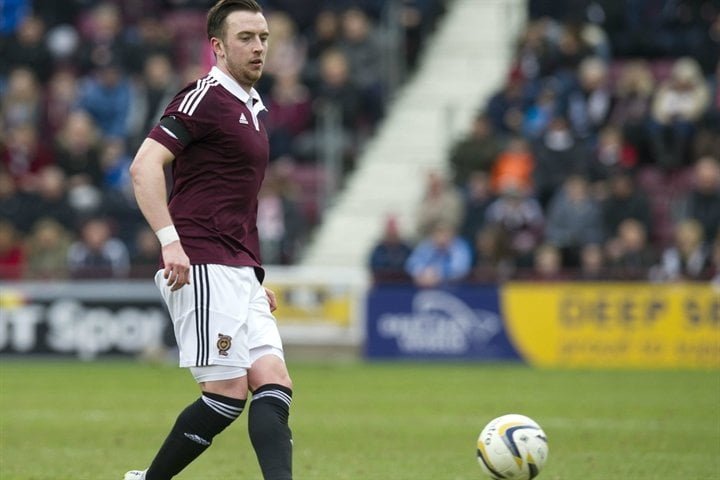 Hearts goalkeeper Neil Alexander believes former Jambos team-mate Danny Wilson is too good for the Scottish Championship amid reports linking him with Rangers.

The 23-year-old was a stand-out performer for Hearts’ title-winning side last season alongside central defensive partner Alim Ozturk which attracted interest from Celtic.

Wilson has left Hearts and the former Rangers youngster, who is now a free agent, has been linked with a return to Ibrox, with Celtic no.2 John Collins confirming they have decided not to follow up their interest.

And Alexander, 37, insists Wilson is better than Championship standard.

“I think he showed last year that he’s a level above the standard,” he said.

“He played to such a consistent level last season. He was one of our best players, and he took the role and responsibility of being club captain on his shoulders very well.

“There was talk of Celtic being interested and then Rangers. We expect that because we know how good Danny is.

“So I’d like to think Danny will have a few more choices. I’m not sure where he will end up.

“I’m sure Danny’s got lots of offers from all different clubs. Danny had a fantastic season last season and he’s going to be hard boots to fill.

“But Danny will make a decision on his own. He’s a bright lad and a great professional, and Danny will know where’s best for his career right now.”