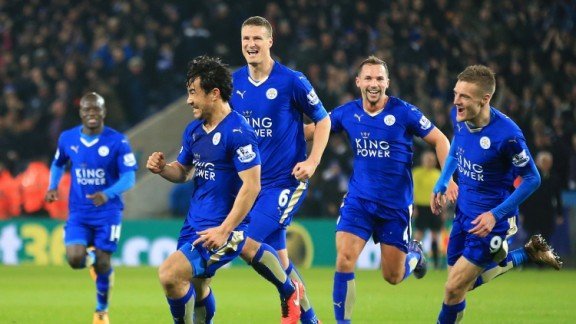 Shinji Okazaki’s overhead kick earned a 1-0 win over Newcastle on Monday to condemn Rafa Benitez to defeat in his first game in charge of the Magpies.

The striker’s fifth league goal of the season won a match where the hosts were not at their best again but ground out victory.

Leicester restored their comfortable advantage ahead of Saturday’s trip to Crystal Palace but Ranieri insisted he is ignoring their position.

“No I don’t look at the table, I look at the next match, Crystal Palace. Alan Pardew (Palace boss) was upstairs to watch us, it’s another tough match,” he said.

“We want to enjoy and want to continue, our fans are dreaming and are so proud of us.

“The fans must dream and we must work. I’m pleased with our spirit.”

Tottenham’s 2-0 win at Aston Villa on Sunday put pressure on Ranieri’s men but they reacted and the Italian insisted points matter more than performances.

“We played our match and we won three points. At this point of the season, the points are important, not how you play,” he said.

“Now it’s important to stay calm. All the city is behind us pushing, we must stay calm and enjoy.

“It was a difficult match but we won. I know we played better against Aston Villa or West Brom but we drew both the matches.

“It was a tough match and we knew that, when a team changes a manager the players wants to show a fantastic attitude.”

Defeat left Newcastle a point from safety ahead of Sunday’s crucial derby with Sunderland, who sit 17th.

Benitez replaced Steve McClaren last week and the former Liverpool boss wanted to focus on the positives after he opened with a loss.

He said: “We know our next game against Sunderland is a derby and it will be important for everyone but I have a feeling the fans are really good and they are the number 12 for the next game.

“We have plenty of things to do and they need to rest and work hard.

“I like the people, the staff, the fans and everyone is behind the club. Everything is positive but now we have to give them what they want on the pitch.

“We cannot change this result but we can be happy in terms of the commitment of the players.

“We know the players are there and I can see the positives. I have to fix some things and I know it’s not easy when you lose a game but the fans make a difference.”