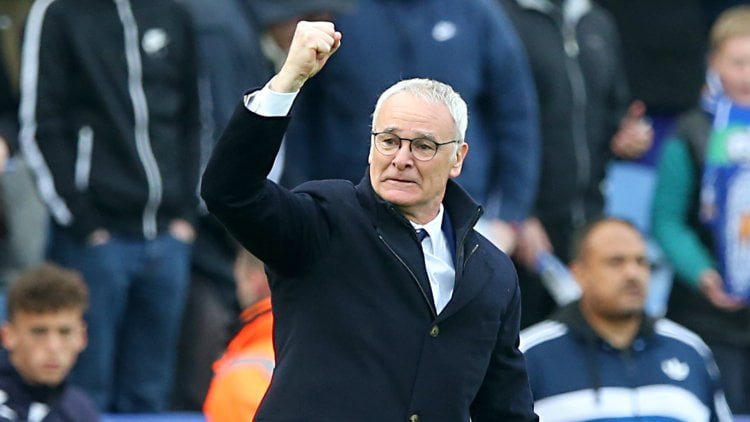 The enthusiastic Italian was known to be a character after his spell at Chelsea between 2000 and 2004 and here, Press Association Sport looks at his most memorable quotes from the season.

Ranieri offers his player the promise of pizza before they finally kept their first clean sheet of the season in a 1-0 win over Crystal Palace in October.

“I told them, if you keep a clean sheet, I’ll buy pizza for everybody. I think they’re waiting for me to offer a hot dog too.”

Ranieri reacts to being told a Leicester butcher – W Archer & Son – had created a sausage in his honour.

The Italian gave his squad bells as a Christmas present to remind them not to slip up in training.

“From the beginning when something was wrong I’ve been saying: ‘Dilly-ding, dilly-dong, wake up, wake up!’ So on Christmas Day I bought for all the players and all the staff a little bell. It was just a joke.”

Ranieri describes striker Vardy as a horse in an interview with US website the Players’ Tribune.

“This is not a footballer. This is a fantastic horse.”

Ahead of facing Quique Sanchez Flores’ Watford in November Ranieri jokes he is looking for revenge after the Spaniard replaced him at Valencia in 2009.

In December, Ranieri compared his side to Tom Hanks’ film character when they were two points clear at the top.

Marc Albrighton, Jamie Vardy and Jeff Schlupp are named as three of the fastest players in the top flight, leading Ranieri to compare them to the RAF.

The Foxes play Leicester rockers Kasabian before their games – with frontman Tom Meighan a regular at the King Power Stadium.

“I told my players ‘when you go on the pitch and you hear the song from Kasabian, that means they want warriors’. I want to see them as warriors for the fans. Kasabian are a fantastic rock band from Leicester and I think the guitar man, Serge, is Italian.”

Ranieri tries to explain his emotions after he sheds a tear following Leicester’s 2-0 win at Sunderland in April which briefly put them 10 points clear.

“It’s fantastic when you see before the match, an old lady with a Leicester shirt outside the stadium. I say: ‘Unbelievable. They come from Leicester to support us.’ This is my emotion.”