Revealed: The Scottish Championship PFA Player of the Year nominees 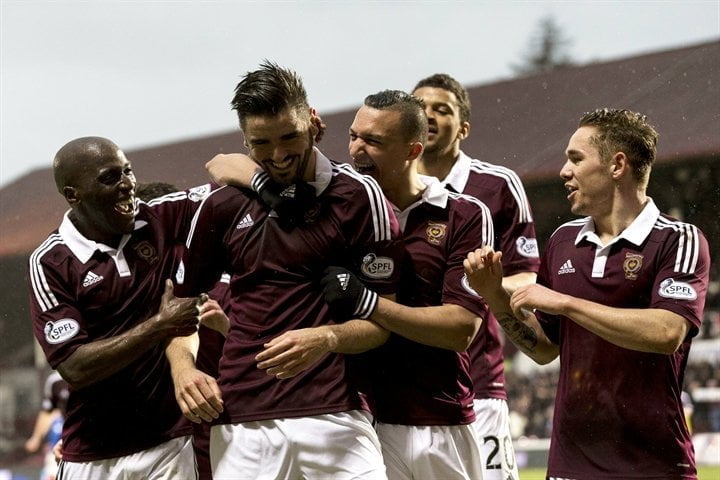 Hibernian playmaker Scott Allan prevented city rivals Hearts from a clean sweep of Scottish Championship nominations after three from the Gorgie outfit were voted for as the PFA Player of the Year.

Defender Alim Ozturk and midfielders Morgaro Gomis and Jamie Walker helped the Midlothian to steamroller the rest of the division as Hearts won the Scottish Championship with seven games to spare.

Ozturk, 22, arrived from Turkish side Trabzonspor and has adapted to Scottish football seamlessly after an impressive debut season alongside central defender Danny Wilson, making the champions have the meanest defence in the league.

In front of Ozturk has been Gomis who has been an ever-present figure in the heart of the Jambos midfield, providing composure, confidence and experience after joining from Dundee United last summer.

Jamie Walker completes the Hearts trio and is tipped to have a promising future after an impressive season under head coach Robbie Neilson.

The 21-year-old winger was an important part of the success story at Tynecastle and scored 11 goals in 30 games. Walker has been linked with Real Betis.

Meanwhile, at rivals Hibs, Allan has been a highly influential player for Alan Stubbs’ men. The 23-year-old has resurrected his career at Easter Road and his flair, creativity and imagination has ensured the Leith outfit are fighting for a play-off place.

The winner of the award will be revealed on May 3.