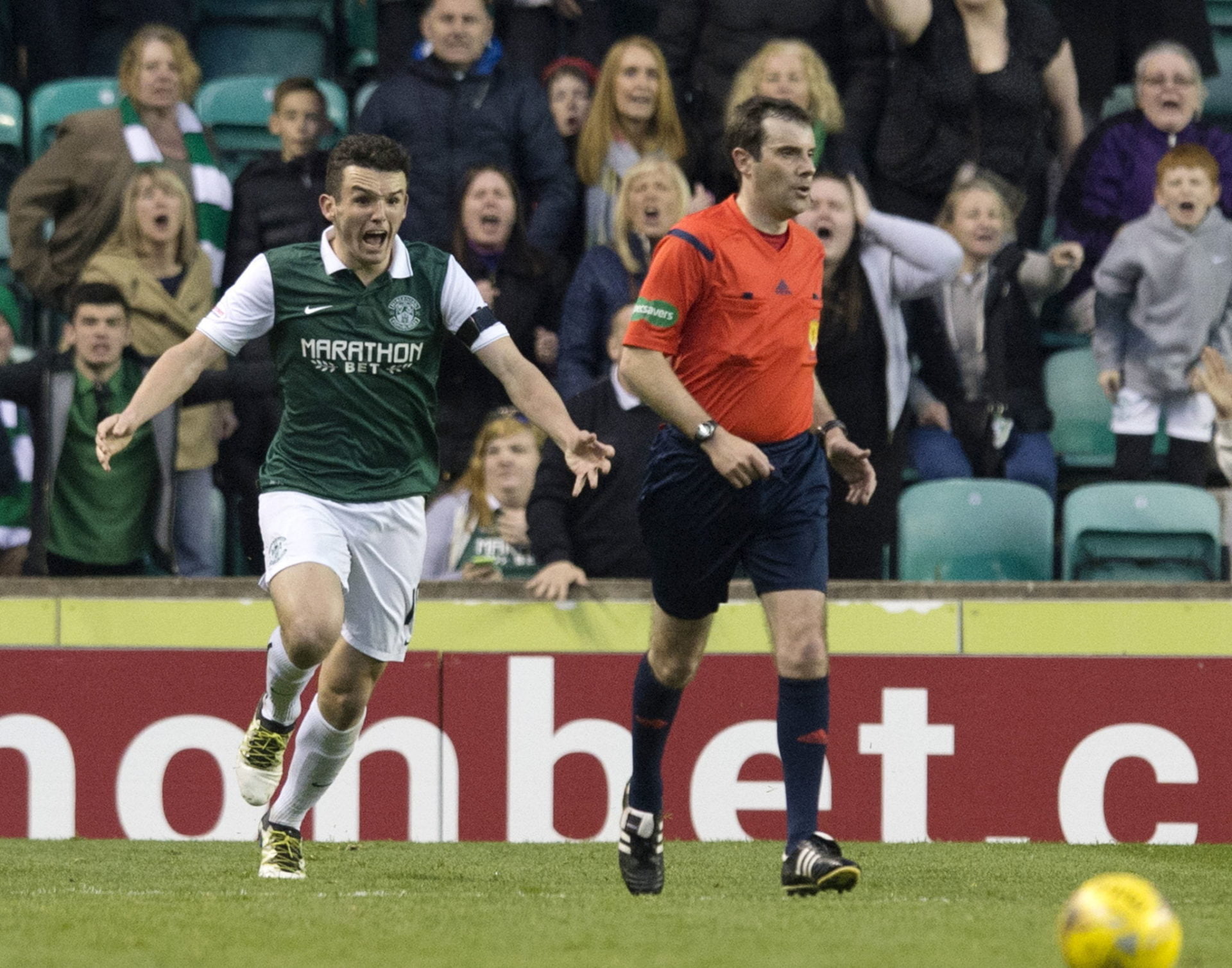 It was penalty. No doubt about it. McCracken has handled in the box.

I’ve seen penalties given for less. Has the referee seen the incident? You’d like to think so. He’s only ten yards away and has a clear view.

You can only assume he hasn’t adjudged it to be deliberate.

Listen, if something like that happens in the next game all hell will break loose and that’s when stupid things happen.

Let’s hope that when it comes to the second leg it’s won on merit.

That’s why Alan Stubbs is furious. Everybody knows that can be the difference between winning and losing. Things like that can change the whole game and put it on its head.

Going up 3-1 at home, the momentum would have been with Hibs.

But they just have to get on with it there’s no point in talking about it. They have to focus on Friday.

It was a typical tense game. Everyone was expecting something special.

There was not a lot of good football played but there was lots of excitement.

I think it will be the same in the next one as well. You need certain players to respond positively to the pressure and what is at stake.

It’s just one of these things, you’ve got to hold your hands up and get on with it.

It just shows how crucial it is for keepers not to make those mistakes.

If you have somebody who’s at the back that can make match-winning saves other than thrown them in, then you’ve got a head start.

Mark Oxley has been poor as well. Logan has already been a match-winner with the penalties in the Cup semi-final so who is to say he’s not going to be the match winner on Friday?

I think if Stubbs leaves him out now it would be a bad shout.

I think he has played well since he’s gone in and he knows the other boy makes mistakes under pressure as well so he’ll be hoping that they don’t have to worry about that.

I can’t split the sides just now they are two teams with so much confidence.

I think it will be won by something special and they’ve got players in both sides who can do that. It will be a fantastic atmosphere too with the game being sold out.