Schweinsteiger put on the spot 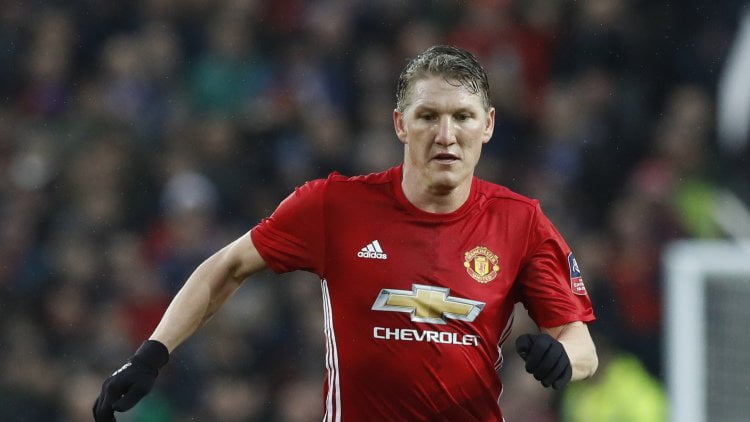 Bastian Schweinsteiger endured an embarrassing moment during his press conference on Wednesday when a reporter asked him whether Chicago Fire could win the World Cup.

The former Germany international, who did win the World Cup in 2014, looked confused as the reporter asked if “winning the World Cup for Chicago Fire was a realistic expectation”.

A club official intervened to rephrase the question to focus on the MLS Cup, pointing out that the Fire are unable to win the World Cup.

After a moment of laughter Schweinsteiger replied: “I think in football everything is realistic and I always believe in the team which I play for that you can win the game.

“Even if it is against the best team in the world, you have a chance to win. I experienced it a lot in my career that everything is possible.”

Schweinsteiger’s move to Chicago Fire was officially confirmed by Manchester United on Wednesday afternoon after the formality of his visa had been resolved.

His stay at Old Trafford ended last week after he agreed to join the MLS side on a one-year contract for a reported salary of US dollars 4.5million (£3.6million).

A move away from United seemed inevitable for the 32-year-old, who was signed by former manager Louis van Gaal in the summer of 2015, for some time after he was largely frozen out under Jose Mourinho.

But despite his difficulties during his time at Old Trafford, Schweinsteiger remained hugely popular among United players and fans.

The Fire finished last in the Eastern Conference last season, winning just seven of their 34 matches.