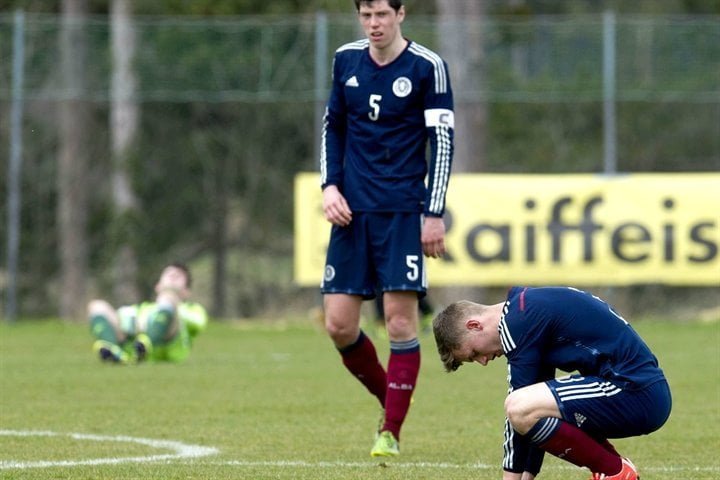 Scotland Under 19s have failed to reach the European Championship in Greece in July after a 1-1 draw with Croatia in their final Elite Round group game was not enough to seal qualification.

Ricky Sbragia’s men had been in contention and looked set to top Group 6 after Bradford City’s Oliver McBurnie had levelled the score against the Croats.

But a late goal from Austria starlet Sascha Horvath against Italy in the other Group 6 fixture proved vital as they qualified for the Euro Championship with a 2-1 win over Italy.

Scotland were unbeaten in their three fixtures, beating eventual group winners Austria, and drawing with Italy and Croatia.

However, five points wasn’t enough to secure their place at this summer’s finals as Austria finished with six.

The last time Scotland reached the Euro Championship at U19s level was back in 2006 where they finished runners-up to Spain.