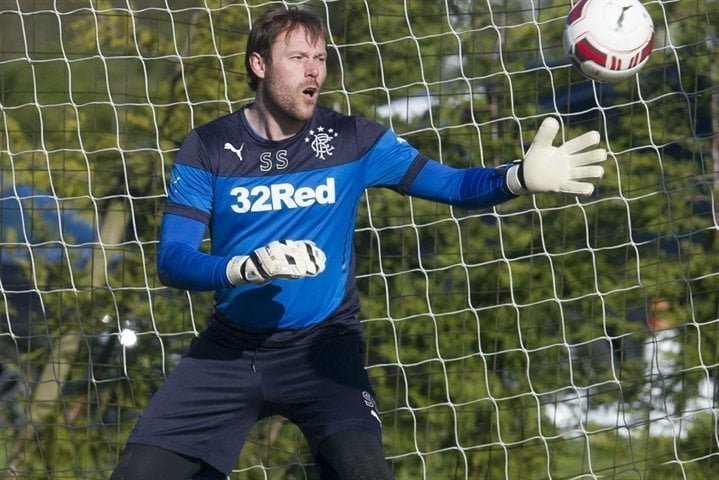 Rangers goalkeeper Steve Simonsen fears his career at the club may be over after losing his place in the side following gambling offences.

But he says he is disappointed in the way the SFA “have went to town” on him after he was found guilty of breaching gambling rules.

Simonsen was handed a two-match ban, one of which was suspended, in February for betting on 55 matches over s 14-month period.

However, for the first time the SFA’s compliance officer Tony McGlennan appealed the judicial panel’s decision, claiming the ban was “unduly lenient”.

At another independent hearing on Wednesday that appeal was dismissed and a heavier penalty – the maximum of which is 16 matches and huge fine – could not be handed out. However, Simonsen believes the damage has already been done.

“I’m very disappointed the compliance officer decided to launch an appeal,” he told the Daily Record.

“I feel as if they have gone to town on this when they had no need. I’m delighted the latest panel saw sense, as the first panel did, and decided I did not deliberately flaunt the rules.

“This case has been hanging over me since January and we’re into April. It has been a very stressful time for me, a torrid few months.

“I’m out of contract at the end of the season and I absolutely fear for my Rangers career now.

“I’m not even involved in the matchday squad and I also worry my good reputation built up over 20 years in football has been tarnished.”