Signeul: Scotland knocking on the door to join football’s elite 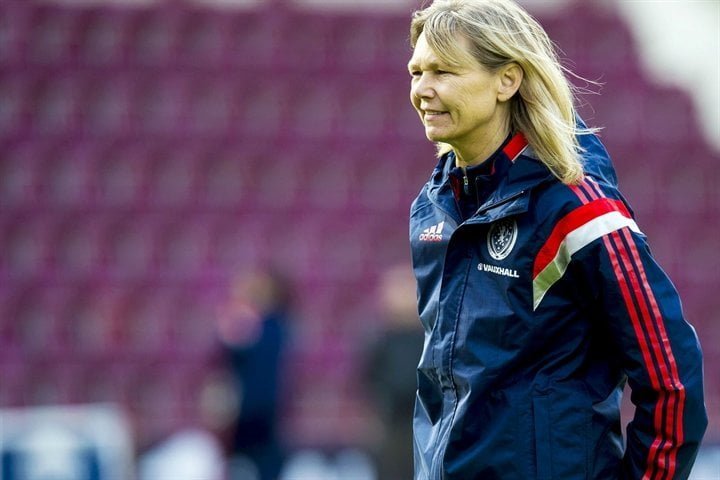 Scotland Women’s coach Anna Signeul believes they are close to competing with the best sides in the world and has targeted qualification for Euro 2017 in Holland as a must.

Signeul, who is in her 10th year as Scotland boss, has two friendlies – Australia and France – lined up in preparation for their qualifying campaign which begins in September.

And the 53-year-old believes the women’s game in this country is making great progress.

Asked if Scotland are close to competing with the world’s best, Signeul told Peter and Roughie’s Football Show: “I think we are knocking on the door. However, the competition is vast in these countries that are above us. They are huge on the women’s football and the investment in the game in these places reflects that.

“So we are trying to catch up but it’s not that easy especially when all their players are full-time professionals.

“I think we are doing very well and we are improving all the time. We are getting closer and closer. I think the next campaign will be crucial. It’s a “must-go” to the Euro because that’s what everyone wants and that’s what we need to do.”

On the development of the women’s game, she added: “I would say it’s better than 10 years ago. The first three or four years was about trying to change people’s attitudes.

“The players didn’t see themselves as elite athletes they were just playing for fun it was like five-a-sides mentality – they had to go a huge change of mindset.

“If you act professionally, if you are ambitious and work hard you will gain respect. It doesn’t matter if you are a man or a woman. Women’s football has a great future in this country.”

Signeul named an experienced squad for the upcoming friendly against Australia at the Falkirk Stadium on April 9 and she believes this game along with France – both of whom have qualified for this year’s World Cup – is the perfect preparation ahead of the qualifiers in September.

“We are delighted to play Australia it will be a really competitive game. We beat them in Cyprus last year Jane Ross had a hat-trick. We might have a hard time trying to copy that scoreline.

“It’s a good friendly for us and we need those competitive games. We play France at the end of may they also preparing to go to the World Cup so they are two very good sides to play.”

And Signeul was pleased with the impact that women are making in the men’s game as well, with Leeann Dempster becoming the chief executive of Hibernian, and Ann Budge the owner of Hearts.

“It would be good in all areas of field to have more women working in the men’s game and men in the women’s game. I think it’s fantastic for women’s football especially to see Leann Dempster and Ann budge because they come in and try to make a difference and get the women on the table in these clubs.”