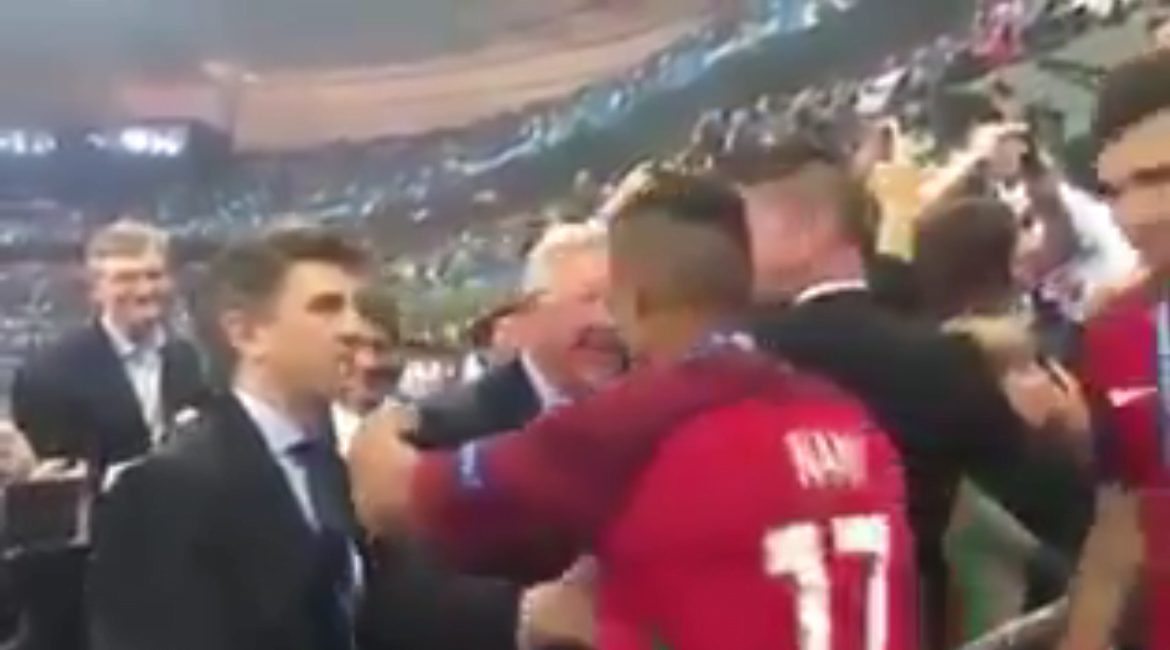 They might not play for Man United anymore and Sir Alex Ferguson may have retired, however at the EURO 2016 final Nani and Ronaldo both showed the respect they still have for the Scot.

In a video which has gone viral we can see Sir Alex Ferguson waiting on the Portuguese stars as the come down the steps after lifting the European Championship trophy.

As the players are coming down the steps we can hear Sir Alex shout,, “Nani”, to which the winger responds “boss”.

Ronaldo once described Sir Alex as his “footballing father” and the love he shows him as they embrace confirms that respect hasn’t wavered.