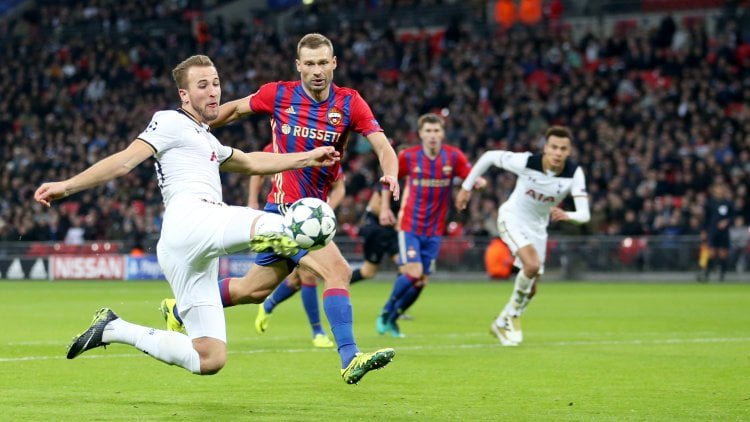 08 Dec Spurs back in the groove

Posted at 09:26h in Uncategorized by Peter Martin 0 Comments
0 Likes

Tottenham manager Mauricio Pochettino has warned Manchester United his team are back in form after their 3-1 win over CSKA Moscow in the Champions League.

The victory over CSKA means Pochettino’s men finish third in Group E and will drop into the last 32 of the Europa League.

Tottenham now turn their attention to Sunday’s trip to Manchester United and will be in confident mood following two convincing wins and with key players back to full fitness.

They have been boosted by the return of Kane in recent weeks while Toby Alderweireld came on as a substitute at Wembley and could make his first start in almost eight weeks at Old Trafford.

“We are starting to show our real quality,” Pochettino said. “We struggled in the last month and a half because we have some problems, but we have all the squad nearly fit and we are stronger.

“You can feel the team is recovering that feeling that we can win every game. We have recovered that feeling maybe that we lost when it’s true, it was a bit of a struggle to compete.

“We need all the players fit to be strong and to compete in tough competitions like the Premier League and Champions League and it was unlucky that our struggle arrived in a busy period with important games.”

Spurs had lost their last six consecutive matches at Wembley, including defeats to Monaco and Bayer Leverkusen, which proved crucial in them failing to reach the Champions League last 16.

The win over CSKA therefore came as a timely confidence booster for Tottenham, who will continue to host games at Wembley in the Europa League and are due to play all their home fixtures there next season.

“I am happy,” Pochettino said. “The performance was good, the fact that we won here was important for us, to change that feeling that we had after Monaco and Leverkusen was important and I think we are much better, we are playing better and starting to show our real quality.

“We need to look ahead and continue to play more games here to make Wembley our home, that is very important.”