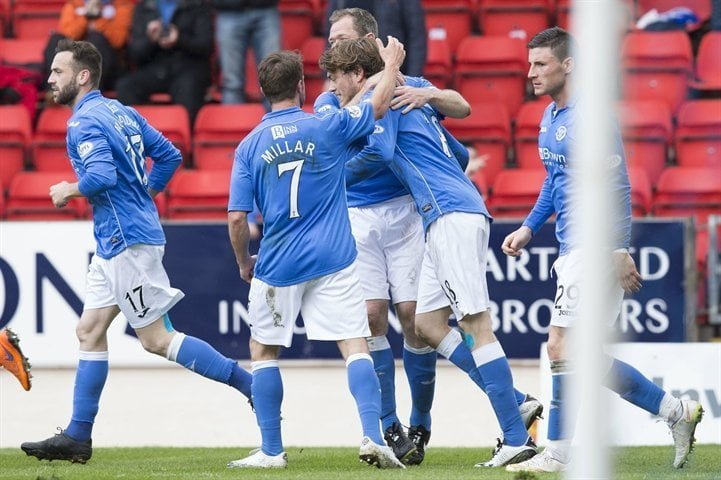 The race for fourth is still alive after St Johnstone and Dundee United were forced to settle for a share of the spoils in the Tayside derby.

The Saints will feel slightly aggrieved as they created plenty of chances but were unable to take them on a day when they were without ineligible striker Brian Graham.

The visitors rarely threatened though Nadir Ciftci saw a thunderous effort cannon off the post from 30 yards.

Saints had precious little to show for what had been a commanding performance and they were made to rue their profligacy when United took a second-half lead.

Ciftci dug out a deep ball to the back post which Robbie Muirhead forced Alan Mannus into a fine save to tip the ball onto the bar. However, the rebound fell to John Rankin who blasted home from close range.

St Johnstone though deservedly levelled with 13 minutes to go. Swanson curled in a cross and Murray Davidson’s late run wasn’t picked up, allowing the midfielder to side-foot volley home a cute finish.

United had a chance to claim all three points when Jaroslaw Fojut’s powerful header was cleared off the line by Chris Millar but it would have been harsh on the hosts.