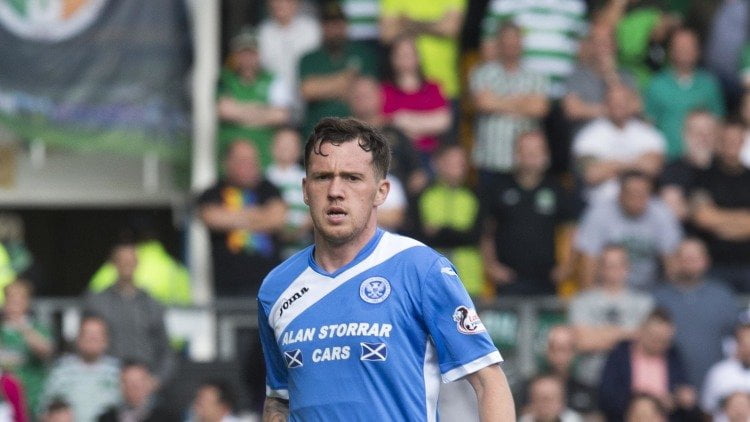 Posted at 17:40h in Uncategorized by PLZ Team 0 Comments
0 Likes

St Johnstone earned a first win in five matches as they put 10-men Inverness Caley Thistle to the sword with a clinical 3-0 victory in the Ladbrokes Premiership.

Liam Craig got the ball rolling with a 14th minute goal and the home side were helped when Inverness skipper Gary Warren was given a red card in the 61st minute following two yellow cards in the space of just 60 seconds.

When Murray Davidson drove in a second for the Perth outfit there appeared no way back for their visitors and Danny Swanson’s strike nine minutes from time ensured it was a good afternoon’s work for Tommy Wright’s side.

The hosts were also denied a penalty in the second half when Richard Foster appeared to be bundled over.

It was a fourth consecutive defeat for Inverness, who are now five without a victory, and they plummeted to the foot of the table with results elsewhere.

St Johnstone were heavily criticised by Wright after their last home encounter, a 4-2 defeat to Ross County – and the manager responded by making two changes and altering his formation. Davidson sat in front of the back four, allowing the Saints midfielders to burst forward in support of lone striker Steven MacLean.

Craig did just that in the 14th minute, with Craig feeding MacLean and then driving into the box to be found by his team-mate’s threaded pass. Craig’s low shot past Owain Fon Williams gave Saints the lead.

A 25-yard drive from Craig in the 28th minute troubled Fon Williams more than it should have, with the goalkeeper grabbing the ball at the second attempt.

The visitors’ best opportunity of the first half fell to Larnell Cole moments before Craig’s opener – but the midfielder was too deliberate with his effort from the edge of the box and Zander Clark held easily.

Inverness saw Carl Tremarco nod over and Warren’s header held by Clark as they finished the half the stronger.

However, the Highlanders’ chances of taking something from the game were made almost impossible when they were reduced to 10 men and fell two goals behind in the space of just a minute just past the hour mark.

Warren was booked for persistent fouling and then obstructed the driving run of Swanson just seconds later to earn himself a red card in the 61st minute.

From the resulting free-kick, Swanson’s drive was blocked by Davidson – who turned and flashed in a shot from 10 yards out to make it 2-0.

Saints scored their third goal with 10 minutes remaining. Craig’s superb ball sent full-back Brian Easton away down the left and his cross was perfect for Swanson, who drilled in from just inside the box.