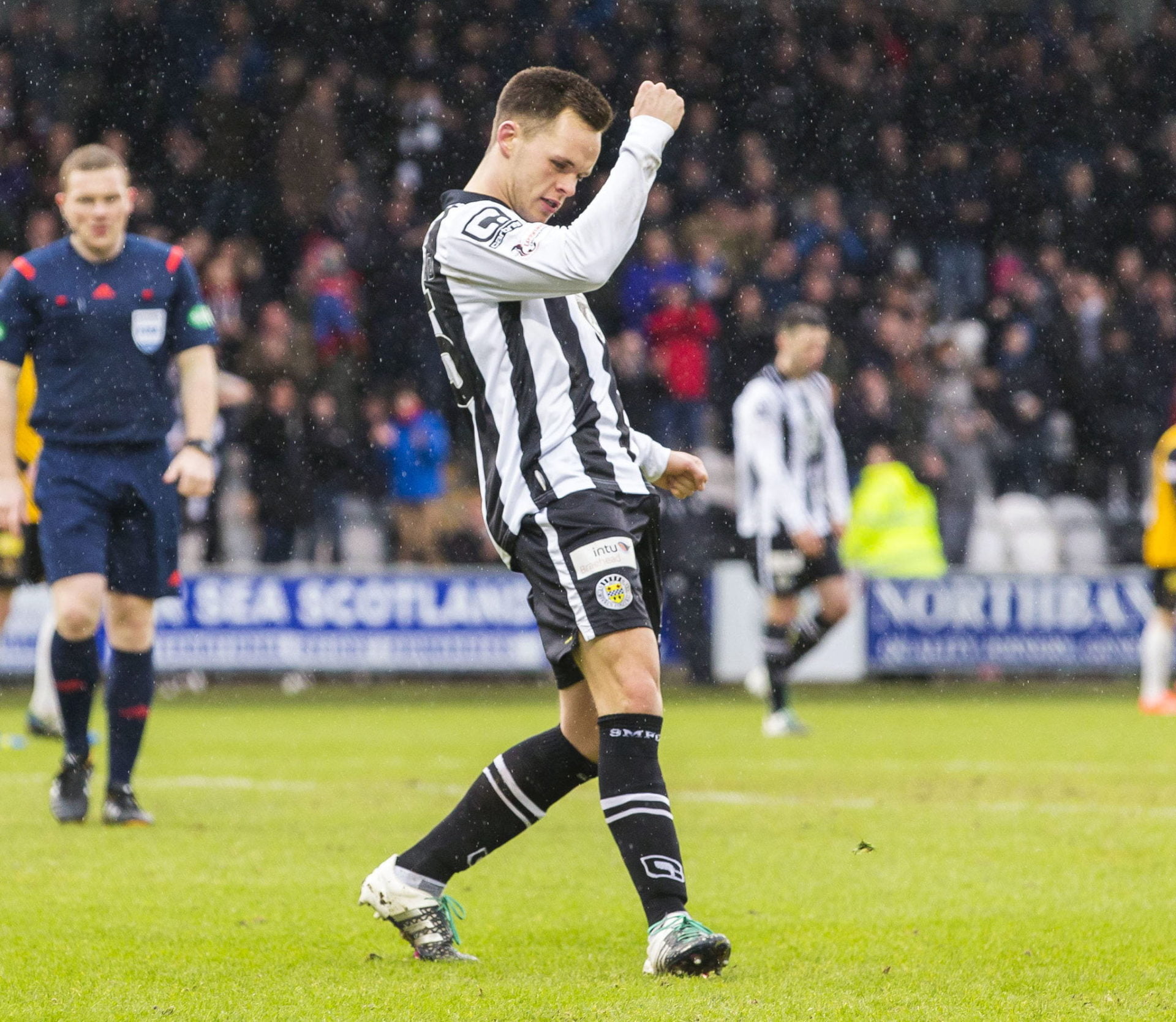 A Lawrence Shankland strike midway through the second half was the shining light in an otherwise dull encounter that keeps St Mirren’s play-off hopes alive.

The goal arrived in the 63rd minute, David Clarkson played a neat pass into the on-loan Aberdeen man and he fired an angled strike past Mark Brown into the far corner.

Clarkson should’ve doubled the Buddies advantage two minutes later but he blazed over from close range.

Dumbarton had to play without a recognised striker due to injuries and it told as they failed to test Jamie Langfield in the St Mirren goal. The Sons best chance fell to Gregor Buchanan who had a goal-bound header cleared off the line in the first half.

Buddies boss Alex Rae was thrilled to secure the three points that keeps them in with a shout of the play-offs.

“The first-half was relatively poor but we asked for a higher tempo in the second-half and the goal that secured the three points was a well-worked goal.

“I’m absolutely delighted in terms of the application and effort of the players.”

Dumbarton manager Steve Aitken was disappointed not to take anything from the game.

“To come here with no strikers and to match St Mirren, I thought the boys deserve credit, they didn’t deserve to lose the game, there’s no doubt for me a draw would’ve been a fair result.”