Strachan can manage Scotland until he collects his bus pass – Regan 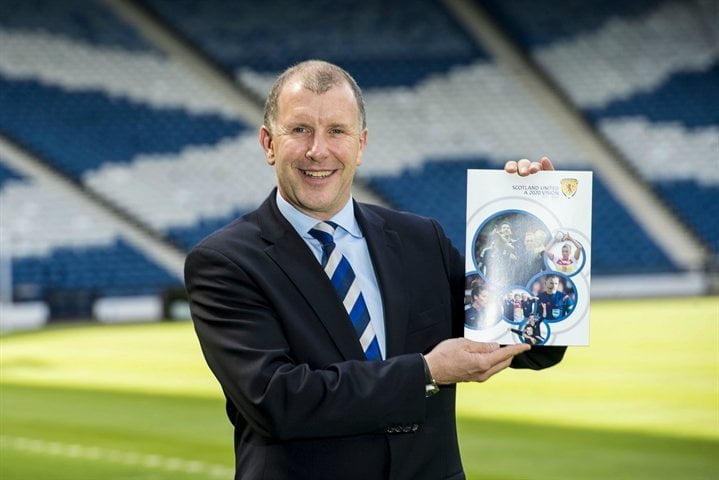 Scottish FA chief executive Stewart Regan says Gordon Strachan can stay on as Scotland boss until he retires if he keeps on winning games.

The SFA chief executive has been delighted with the national team’s progression under Strachan since the former Celtic boss took over from Craig Levein in January 2013.

Scotland have put themselves in a strong position to qualify for their first major tournament in 17 years as they sit only a point behind Group D leaders Poland at the halfway stage.

And Regan lauded the 58-year-old for his performance as Scotland boss and drew comparisons with what Scotland’s First Minister has done for the country.

“Gordon Strachan has probably done as much as Nicola Sturgeon to rally the nation right now,” he said.

“We’ve had a laugh and a joke about his popularity amongst Scotland fans.

“As far as we are concerned if he keeps winning matches he can have a job here until he collects his bus pass.”

Strachan has a contract with the national team until the end of the European qualifiers in November but Regan admitted that talks about a possible extension to his deal have been put on the back burner.

“He’s doing a great job but it’s too early to go into any details. We are focussing on qualification right now.

“We would like to qualify. Gordon is quite relaxed about [his contract situation]. We’ve had discussions and we will have a conversation at an appropriate time down the line.

He added: “I’m sure Gordon is an attractive proposition to clubs looking to replace their own management teams right now.

“But Gordon likes this job, it suits him. He likes the fact he can dip in and out of managing a squad of players. It fits in with his lifestyle.

“Most importantly he is really enjoying it and is doing really, really well.

“He has got his mind focused on qualification right now, as has the rest of the squad, and let’s hope we can do it.”

Scotland are in the middle of preparation for a monumental game against Republic of Ireland in Dublin on Saturday.

The Scots have a two-point gap over Martin O’Neill’s men and a victory against the Irish would certainly strengthen their bid to qualify for Euro 2016.

“It’s a huge week for Scottish football. Probably the biggest week in my time as chief executive. It’s a massive game and we have not been as close to qualification as this for some time,” Regan continued.

“The way that Gordon has got the team playing now, we are full of optimism and full of hope. Everyone wants to be part of the squad and even for the friendly we had the other night there was a full turn-out of players wanting to take part.

“It’s really encouraging. I think we have a great chance.

“It will be a tight game, a very intense game but one we hope we can get a result from.”