Stubbs: We have to win all four 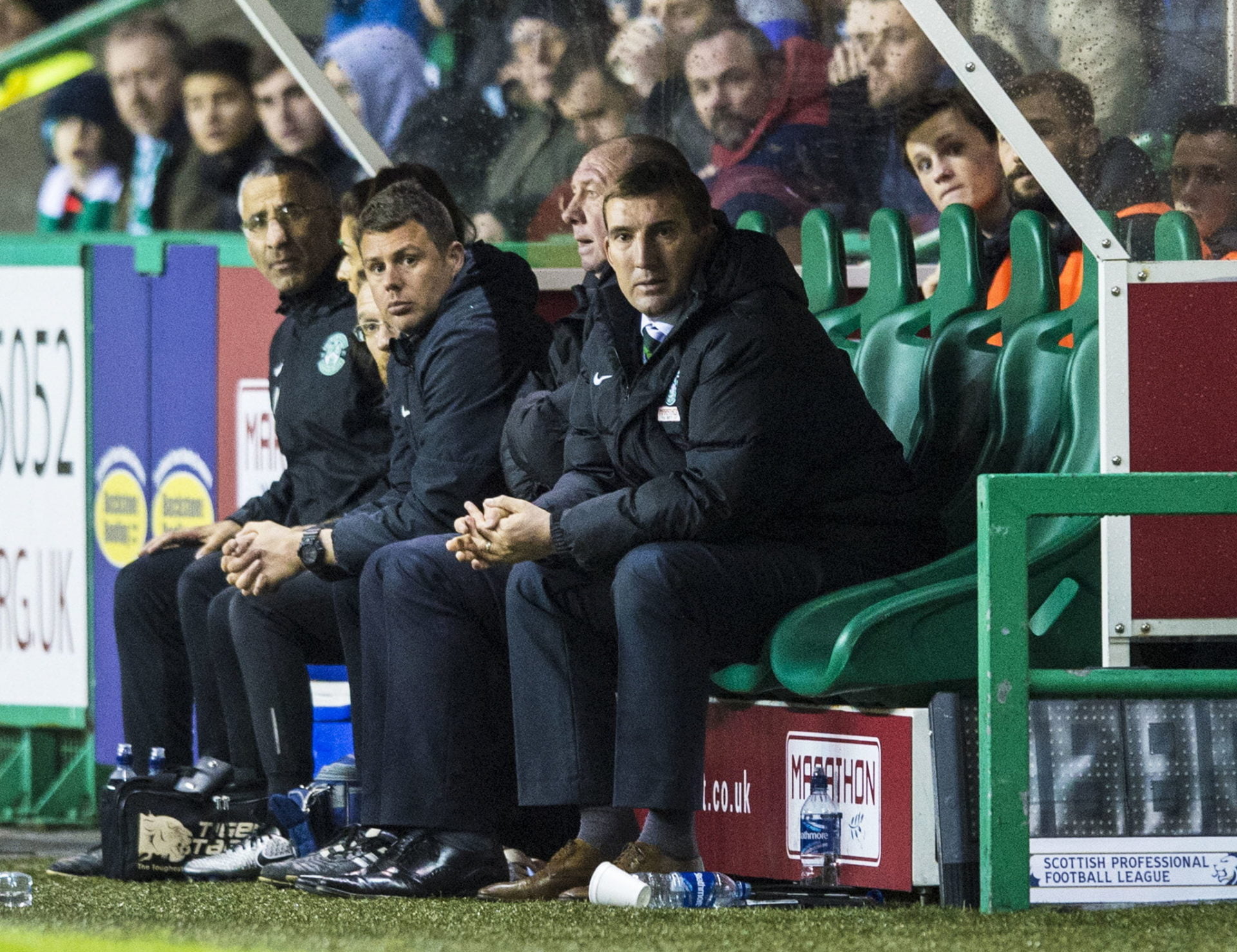 Alan Stubbs says Hibernian have to win their four remaining games if they are stand any chance of finishing second in the Scottish Championship.

Stubbs watched his side squander a two-goal lead and a man advantage against Falkirk in the race for the second as the Bairns came from behind to salvage a valuable point at Easter Road.

The gap is six points though Hibs have two games in hand – one of which is against champions Rangers – and Stubbs says they can’t afford any more slip-ups.

“Realistically, we’ve got to win them all but we were looking at that anyway, even before the game. So, celebrations are for the middle of May, not for tonight. There’s a lot of football to be played yet.”

Peter Houston’s men fell behind when a mistake from David McCracken allowed Jason Cummings a tap-in before Cummings doubled his side’s lead from the penalty spot after McCracken was adjudged to have brought down Paul Hanlon in the box.

The visitors were reduced to 10 men when Aaron Muirhead was dismissed for a second bookable offence on John McGinn but the Bairns stormed back in the final few minutes through McCracken and substitute Bob McHugh.

Houston said his side are in pole position to clinch second.

“It’s a better point for us than it is for Hibs and it’s what we deserved,” he said.

“It feels like a victory when you finish the game like that. I would rather be in our position with two games less, six points ahead and a better goal difference.”