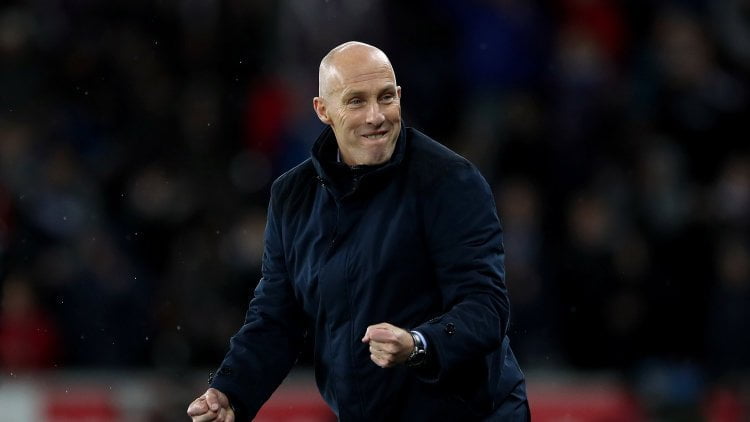 Posted at 17:41h in Uncategorized by PLZ Team 0 Comments
0 Likes

Bradley had come into the Premier League basement clash under severe scrutiny with only one win in his seven games in charge and Swansea at the foot of the table.

But the Swans surged to their biggest win of the season with a second-half penalty from Gylfi Sigurdsson and, for the second successive home game, a Fernando Llorente double.

The win not only t akes Swansea off the bottom, but moves them up three places outside the relegation zone.

Sunderland are now bottom and the way they folded after Sigurdsson’s opener will trouble boss David Moyes, particularly after they had won three of their previous four games.

After a sterile first period, in which the events of Swansea’s last home game – the amazing 5-4 victory over Crystal Palace – were a distant memory, the game turned on a 51st-minute incident when Jason Denayer handled Wayne Routledge’s cross.

Referee Craig Pawson adjudged that the Belgium midfielder’s arms were in an unnatural position and Sigurdsson sent the spot-kick down the middle for his sixth goal of the season.

Three minutes later the excellent Sigurdsson turned provider as Llorente, the hero against Palace with an injury-time brace, struck again when he swept home a corner directed low into the penalty area.

But the Sunderland goalkeeper had no answer when Llorente met Jefferson Montero’s cross 10 minutes from time.

Llorente soon left the field to a hero’s reception, the Spanish striker’s work for the day done.

Swansea enjoyed some promising moments early on, with Barrow surging past opponents and Llorente heading wide when under pressure at the near post.

But Swansea were often betrayed by some woeful crossing, with Barrow and Routledge the major culprits, the pair making it easy for the Blacks Cats by regularly failing to clear the first defender.

Sunderland saw out the opening 20 minutes and then threatened to seize control, with Victor Anichebe providing a focal point in attack and Jermain Defoe seeking space between defenders.

The pair combined to create Sunderland’s best chance of a cagey first period when Anichebe collected Pickford’s punt and sent Defoe down the left-hand channel.

Defoe beat Alfie Mawson and broke into the area, but his angled shot just cleared the crossbar much to Swansea’s relief.

Sebastian Larsson might have opened the scoring moments later but for Defoe taking the ball off his toe in front of goal, while Swansea danger was restricted to Sigurdsson’s exquisite set-piece delivery.

Mawson and Amat both headed over inviting Sigurdsson free-kicks which should have yielded more.

Swansea nerves were stretched by Defoe’s drive after the re-start, which whistled just past a post.

But Denayer’s error opened the door for Swansea and there was no way back after Sigurdsson had sent his spot-kick straight down the middle.