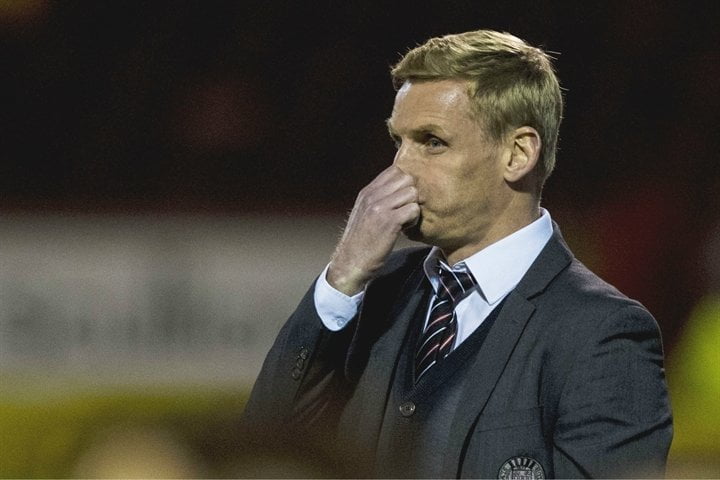 A Lee Erwin double and Scott McDonald strike before the break had the Steelmen firmly in control and substitute John Sutton scored twice within five minutes each other in the second half to complete the rout.

The Saints are rooted to the bottom of the Scottish Premiership table, 10 points behind Motherwell with 18 points to play for but Teale thinks their fate is already sealed.

“Is relegation inevitable? I think so. It was always going to be a difficult task and I’ve said that from the very beginning.

“But we’re still making the same basic mistakes and it is basic schoolboy defending.

“We can’t clear our lines, we can’t stop crosses, we can’t get tight to somebody in the box and ultimately you pay for that.

“It’s been the story of our season, the silly goals that we lose and not really having a goal threat at the other end of the pitch, and ultimately that’s what’s putting us in the position that we are.

“It’s been an extremely disappointing season for everyone associated with the club, and we just need to make sure that we can look ourselves in the mirror and with six games to go, go and show something to the fans that we are hurting and that it does mean something to us if the club goes down.

“You’ve got to play for pride. If you’re talking about realism then with the amount of points we’ve picked up so far in the season, to then say you’re going to go and pick up six wins is not realistic.

“So you are playing for pride, while it’s still mathematically possible that you can do something you’ve got to try and believe in it but you’ve got to be a realist at the end of the day as well.

“Mathematically it’s not [impossible to stay up] so I wouldn’t concede, I’d never concede and I’ll stand up and take the stick and the criticism. I’ll still be fighting, still trying to make the boys win the six games that we’ve got remaining and if we do go down at least we’ll have gone down with a fight.”