By Peter MartinMarch 24, 2016No Comments 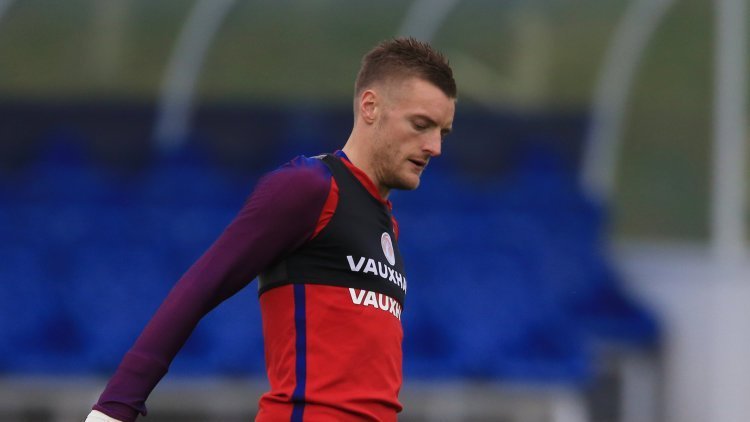 Jamie Vardy’s life has not changed as much as you might expect, with the Leicester striker’s focus on family and football keeping his feet on the ground during a whirlwind period.

Eyebrows were raised last summer when Roy Hodgson handed the 29-year-old his maiden call-up, just five years after playing for non-league Stocksbridge Park Steels and, on occasion, The Anvil pub team in Sheffield.

It was surprise recognition that Vardy has justified in some style this season, hitting 19 goals in Leicester’s remarkable title tilt.

The striker’s record run of netting in 11 successive Premier League matches saw his star rise further, not that his life is any different.

“I wouldn’t know, I don’t really leave the house,” Vardy said when asked how his life has changed.

“Literally (it is) train, home, kids, dogs, my missus and it is time to go to bed.

“You do get that chance (to reflect) when you are at home, but that is when you want to relax and forget about it for a bit if you can.

“As soon as you get back to training, or stepping over that white line, that is when you are fully focused on your football.”

Vardy has gone from somewhat of a novelty figure to Premier League star since making his England debut against the Republic of Ireland last June, although he does not feel his international team-mates treat him any differently now.

“I don’t think the lads are like that at all,” he said. “Everyone is sound and a quite close-knit, to be honest, even though we are at different clubs.

“There is none of that that goes off. I feel exactly the same.”

This time Vardy is joined in the England squad by team-mate Danny Drinkwater, who is in line to make his senior debut against Germany this weekend.

“When you come into this environment, the lads all make you welcome straight away,” he said.

“You are there for a reason and the boss tells you exactly why he has picked you.

“He doesn’t want you to change anything, he just wants you to do exactly what you have been doing week in, week out for your club.

“If I had any advice for Danny, it would just be do exactly the same as what he has been doing.”

Saturday’s friendly in Berlin against the world champions could see Vardy lead the England line for the first time after injury saw the striker denied that chance in the last meet-up.

“I am happy to play wherever the boss thinks I am best adapted to or whatever he thinks suits the formation we are playing,” Vardy, capped four times, said when asked about that prospect.

“It is an absolute honour to play for your country and if that means that I am playing in a position I am not playing week in, week out I am more than happy to do so.

“Wherever the boss wants me to play, I will always give 100 per cent in that position. I always will do. That is just the type of player that I am.”

That personality could soon be the subject of a Hollywood film – “I asked him if he was mad,” Vardy said of meeting the interested screenwriter – that could yet finish with the dream ending.

Leicester are five points clear at the Premier League summit with just seven matches remaining and closest challengers Tottenham have five players in the England squad.

“We have had a chat but not about anything football-wise,” Vardy said. “We have been talking about England and Call of Duty.

“We have not all played on it together yet, but I got informed earlier that one of the lads just camps in a corner and waits for someone to run past him so he can get him.”