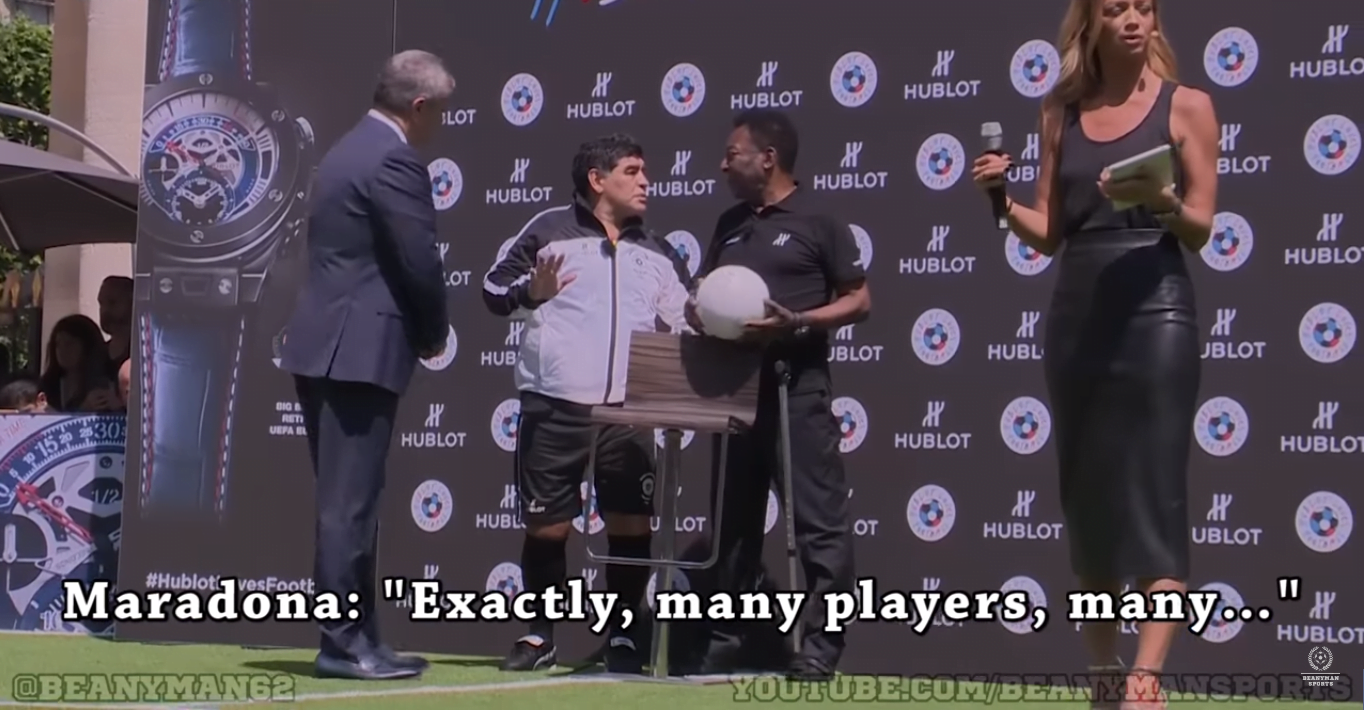 Maradona isn’t one to shy from controversy and his recent conversation with Pele has revealed what he really thinks about Lionel Messi.

The two football legend were taking part in a promotional event for the Euro 2016 Championships which kick off tonight in France.

Pele began the conversation by asking if knew Messi personally and what his thoughts were on him, to which Maradona replied,

“He is a good person but he has no personality. He doesn’t have the personality to be a leader,”