Who are the PFA Manager of the Year nominees? 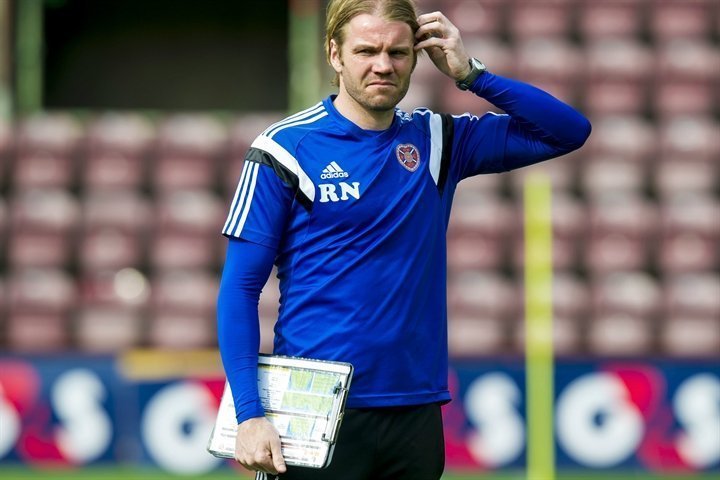 Celtic boss Ronny Deila has been named on the shortlist for the PFA manager of year along with Aberdeen’s Derek McInnes, Inverness CT boss John Hughes and Hearts head coach Robbie Neilson.

Deila‘s side have an eight-point lead at the top of the Scottish Premiership and have already secured the Scottish League Cup.

Aberdeen, under Derek McInnes, have continued to build on last season’s success and are guaranteed to finish second in the Scottish Premiership – their position in 21 years.

The Dons also equalled the record for highest points tally outside of the Old Firm with victory over ICT last Saturday.

Hughes’ Highlanders have been impressive this season even despite their limited budget, earning a place in the Scottish Cup final and are third in the Scottish Premiership.

Scotland boss Gordon Strachan who revealed the PFA nominees, sponsored by Cheque Centre, said: “There’s a couple on it who I thought might be on it as well – James Fowler of Queen of the South and Ross County’s Jim McIntyre have been fantastic.

“John’s been fantastic at Inverness he’s always got a smile on his face. He lights up the TV when he comes on and his natural love for the game comes over.

“Ronny’s done the job he has been asked to do – to win the league and trophies. Robbie Neilson has done fantastic. The owner Ann Budge, Craig Levein and Robbie have given the club a real shake.

“I have always said the harder you work the more success you get and they can be really pleased with their performances.

“Derek until recently has given Celtic a challenge I’m sure he’d like to be closer but I think they’ll look back at the end of the season and think they gave it a right good shot. They were near to their maximum most of the time.”