‘Wilshere not yet ready’ 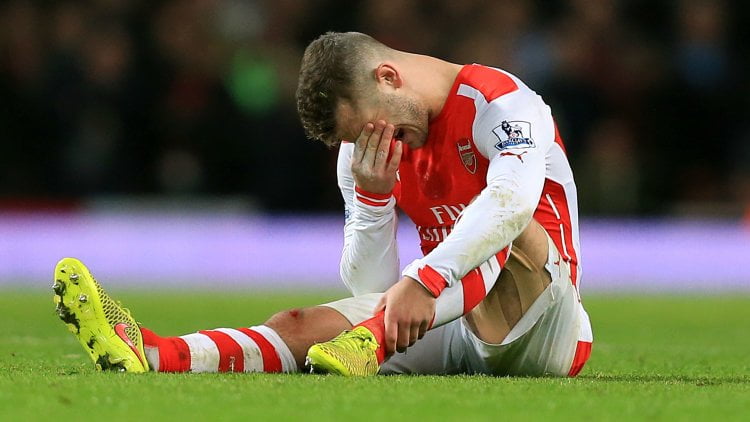 Arsene Wenger has confirmed England hopeful Jack Wilshere is not yet ready to return to first-team football.

The midfielder played the entire 90 minutes of the under-21s’ 3-1 defeat by Swansea on Thursday, a fixture in which Tomas Rosicky also featured, but Wenger has no intention of rushing him back to senior level or including him in his squad for Sunday’s visit of Crystal Palace.

Despite being yet to play this season having suffered a broken leg, Wilshere remains central to Roy Hodgson’s plans for Euro 2016 and could prove increasingly important for the England manager, particularly given concerns surrounding Jordan Henderson’s fitness.

“He needs one more game at least with the under-21s,” said Wenger, 66. “He should be involved (with them) on Monday night, and I have to see how he is compared to all the other competitors for places in the first team.

“Once he is through with three or four games at that level, of course you consider him (for the first team).

“Crystal Palace should be completely safe even if they may still need one or two points.

“They’re a team with a good offensive potential, with strong individuals like (Yannick) Bolasie, (Wilfried) Zaha, (Emmanuel) Adebayor, (Connor) Wickham. So we have to rectify the fact we conceded (three) at West Ham and come back to being strong defensively.”

Asked whether Petr Cech or David Ospina will start in goal, Wenger replied: “I have not decided.”