Wilson: I don’t have to justify my decision to join Rangers 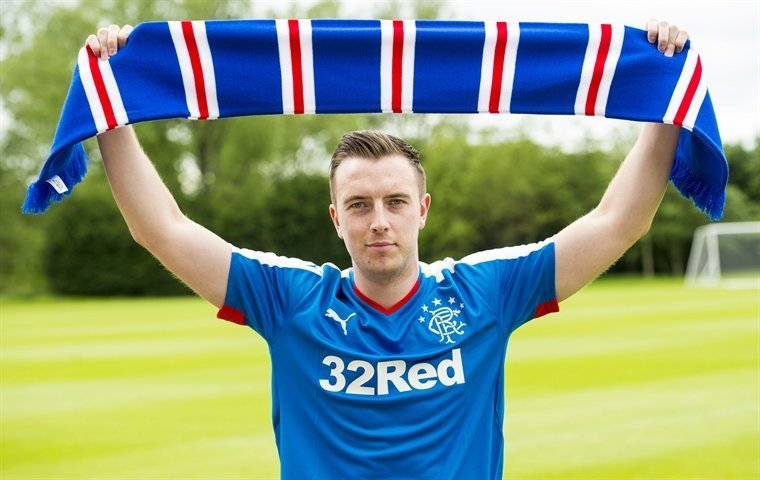 Danny Wilson spoke defiantly about his decision to join Rangers, insisting he doesn’t have to justify the move to anyone.

The switch to Ibrox may have been perceived in some footballing circles as a backwards step after the defender turned down Premiership football with Championship winners Hearts to play in the second tier again this season.

However, Wilson, who signed a three-year deal to rejoin the club he left in 2010, insisted it was the right move for him.

“I’ve came here to hopefully hit the ground running and be part of a successful season. It’s a personal thing for me and something I’m looking forward to,” he said as he was unveiled alongside new signing Rob Kiernan at Murray Park on Tuesday.

When asked about the reported link with Celtic after Hoops boss Ronny Deila had declared an interest in the 23-year-old, Wilson said: “I don’t really want to talk about that I’m here now and that’s what is important.”

He added: “We need to be promoted, we need to be playing at the top level. I don’t need to justify my decision to anybody.

“It’s my decision, it’s my life. I’m quite happy with the decision I’ve made and hopefully I can be part of successful times here.

“People can be surprised if they like but at the end of the day I’m playing for Rangers. Hopefully we won’t be playing in this league too long.

“Hopefully we’ll gain promotion this year and be back challenging and maybe people who have been a bit sceptical will understand my reasons why.”

Wilson came through the ranks at Rangers as a 17-year-old and his impressive performances caught the eye of Liverpool.

His time at Anfield though was difficult as he failed to cement his place in the first team and was subsequently loaned out to Blackpool, Bristol City and Hearts before making the permanent switch to Tynecastle in 2013.

“Is there unfinished business? Yeah maybe. I was young at the time and there was a bit of pushing from both sides [at the time] to get the deal done.

“It was the timing rather than anything if it had been different maybe I’d have been here a bit longer but that’s the past and I’m here for the future.

“When you leave somewhere you never assume you’re going to be back but you always hope if you have fond memories then if there’s a chance of going back you can take it.

“That’s what has been presented to me here and I’m glad to be back. There’s a different feel about it now, a bit optimism and a new manager.

“I’m sure there will be more new players coming through the door. There’s a good feel about it now and I’m just looking forward to getting it going on Saturday.”