Wilson will be hard to replace, admits Gomis 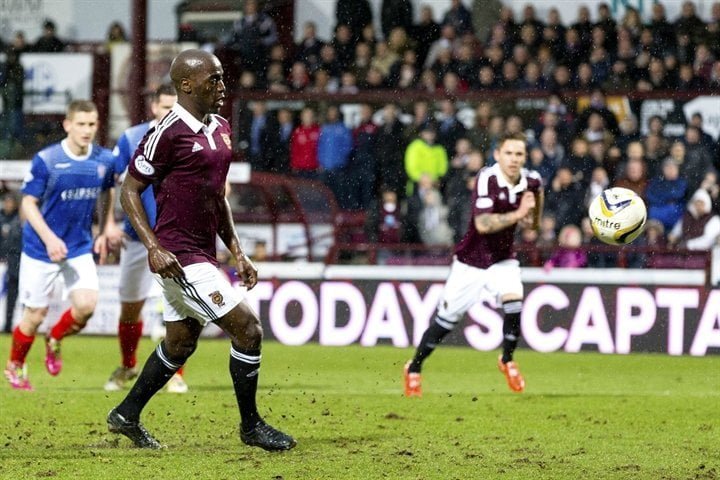 Hearts midfielder Morgaro Gomis admits he was stunned to hear club captain Danny Wilson is leaving the club at the end of the season and says it will be hard to replace him.

The club confirmed that the 23-year-old is to depart from Tynecastle after triggering a clause in his contract, with Celtic boss Ronny Deila admitting an interest in the defender.

Gomis, who was nominated for the PFA Championship Player of the Year, says it will be difficult to fill the void left by his exit and expects a tougher challenge in the Scottish Premiership.

“It was a big surprise when I heard the news. Danny has been great since he played for Hearts, hopefully, the club can get someone in as good as him but it won’t be easy because he is a great player and good luck to him.

“You don’t know who the club is going to bring in or who else might leave but hopefully they can bring in some good players who can compete in the Premiership.

Jambos defender Alim Ozturk was also nominated for the player of the year and says he’d built up a great connection with Wilson in central defence.

“Sometimes you have good players and the feeling is good. It was like that with Danny. I don’t know who will replace him but I hope I can feel that with him as well.

“I think change is good but not too much because we had a good team this year. There are a lot of young guys in the first XI – maybe a few of them might leave but we’ll see what happens.”