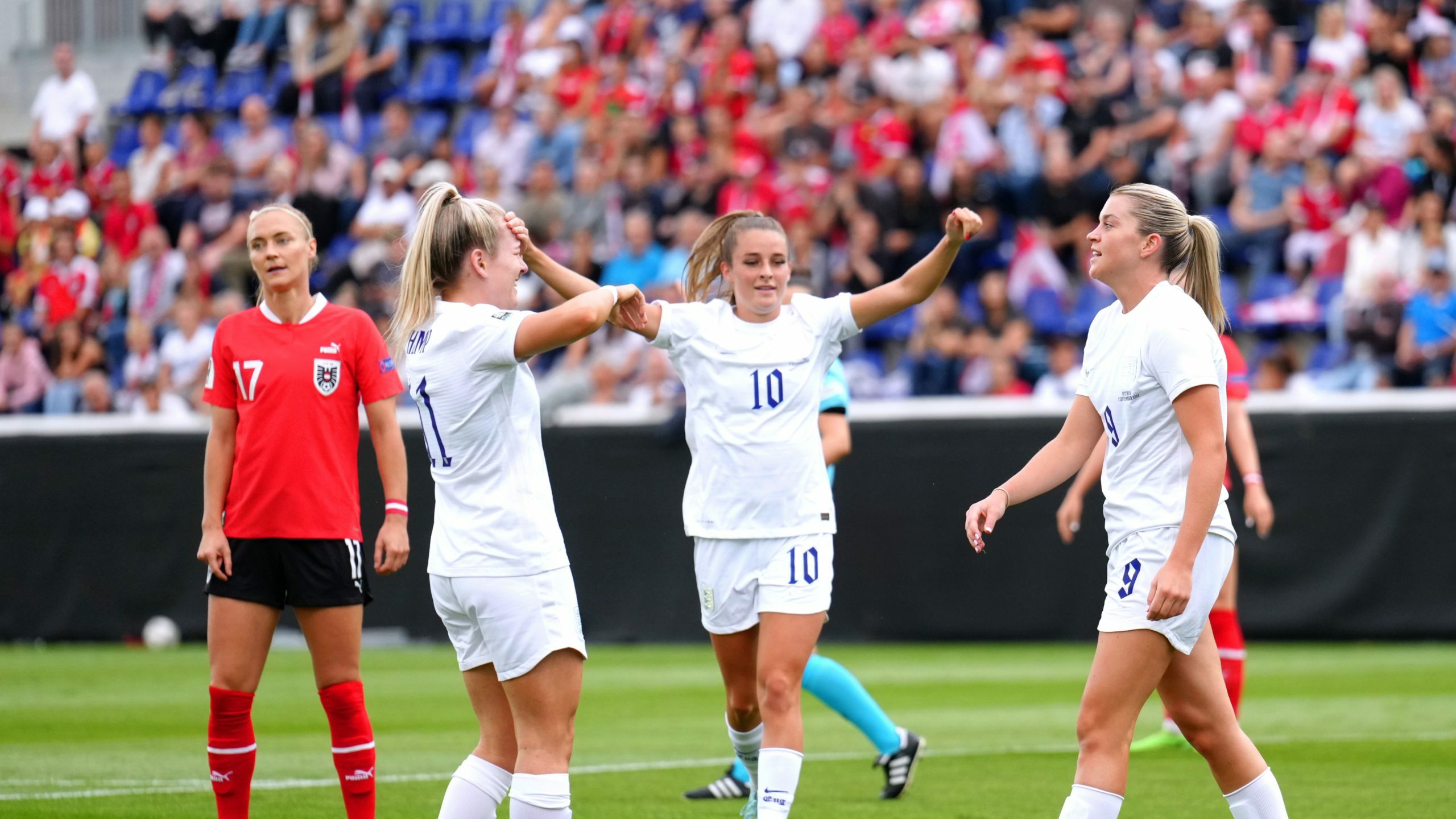 England secured World Cup qualification as goals from Alessia Russo and substitute Nikita Parris were enough for the European champions to beat Austria 2-0 in Wiener Neustadt.

Returning to action just over a month on from their historic Euros triumph, the Lionesses needed a point to seal top spot in Group D and a place at next summer’s showpiece in Australia and New Zealand.

They ended up with all three following a seventh-minute finish from Russo – in the side as a replacement for retired record scorer Ellen White – and Parris’ strike to wrap things up in the 70th minute.

Austria were denied an equaliser on the hour mark as Mary Earps’ fine save kept out a Laura Feiersinger effort.

It made it nine wins – and clean sheets – from as many games in the group for Sarina Wiegman’s side with one more to go, Tuesday’s contest against Luxembourg at the bet365 Stadium.

Irene Fuhrmann’s second-placed Austria, after completing their group fixtures, will be part of the World Cup play-offs in October.

It is now confirmed that England that month will play a friendly against world champions the United States at Wembley, in a return to the scene of July’s Euros glory when they clinched their first major trophy with victory over Germany in front of a crowd of over 87,000.

The venue for their first match since made for some contrast as Wiegman’s team took to the field in Austria at a stadium that was sold out but only had an attendance of 2,600, and had the slide of a swimming complex overlooking one stand.

The starting line-up, unaltered through the Euros, featured three changes as Russo replaced White, Ella Toone came in for the injured Fran Kirby and Rachel Daly dropped to the bench for Alex Greenwood.

After Austria’s Barbara Dunst had sent a shot wide from distance in the second minute, England’s first effort on goal saw them grab the lead.

Lauren Hemp got her head to Greenwood’s cross from the left and the ball fell to Russo, who volleyed it past Manuela Zinsberger into the corner of the net.

It was a ninth goal in 14 caps for the Manchester United forward, four of which had come during the Euros campaign.

Russo might have had another moments later but her header from close-range was caught by Zinsberger.

As Austria looked to hit back, Julia Hickelsberger-Fuller and Sarah Zadrazil sent shots off-target from inside the England box.

The rest of the first half saw both sides unable to fashion much in attack, before there was an early scare for England in the second when a misjudgement by Earps led to the ball going just wide of her post off Hickelsberger-Fuller.

The visitors were then on the front foot, with Lucy Bronze and Georgia Stanway having shots saved either side of Toone firing wide, and Mead lifting the ball over Zinsberger to Russo, whose header was blocked.

Earps then did well to push away Feiersinger’s 60th-minute shot from just outside the box.

Wiegman made a double substitution shortly after, bringing on Parris and Beth England for Mead and Russo.

And Parris, Russo’s new United team-mate, then doubled the lead by firing in having been teed up by Stanway’s pass.

Parris saw another shot deflect wide seven minutes later, and the closing stages included Lauren James coming on for her England debut as Wiegman’s side saw out a third victory over Austria of her tenure – having won the reverse fixture 1-0 in Sunderland last November and then beaten them by the same score at Old Trafford in the opening match of the Euros – and booked a World Cup spot.