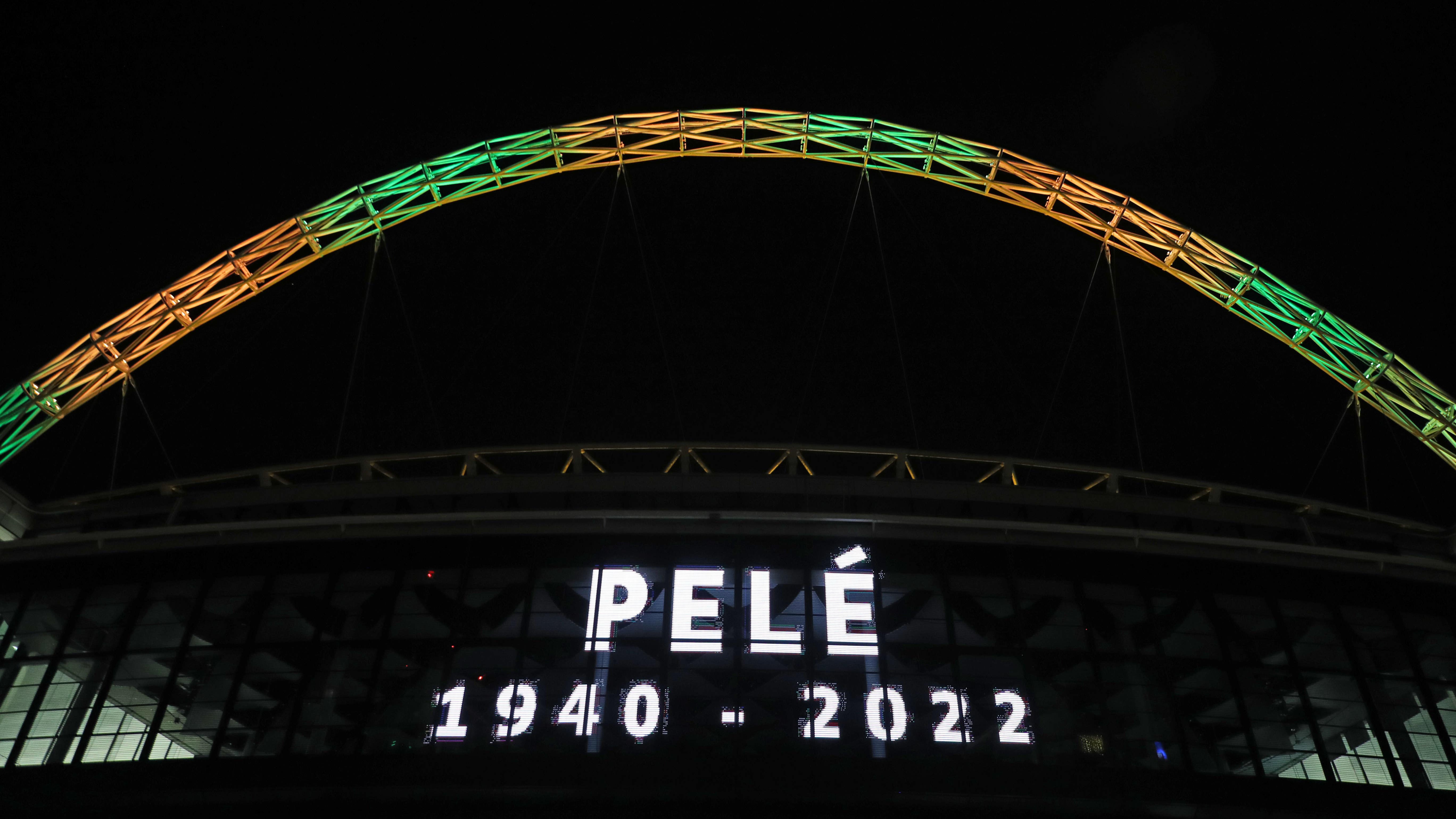 Newcastle boss Eddie Howe has saluted an “absolute giant” of football following the death of Brazilian superstar Pele at the age of 82.

The three-times World Cup winner, widely regarded as the greatest player of all time, died in Sao Paulo on Thursday after a lengthy battle with colon cancer, sparking an outpouring of affection and respect from around the globe.

Magpies head coach Howe said: “As a player, he was incredibly talented. You look back at his goals, they’re all different types – some of them were in black and white. Some of them are spectacular, some of them are tap-ins, he had a mixture.

“A lot of them are headers as well – he was very good in the air, a very good spring for a small guy.

“As a footballer, although I was a defender, I love to watch goals, believe it or not, so it was a showreel of his goals and his best moments.

“But there are some iconic sporting moments. As a person, I never met him so I didn’t know him, but you look back at the sportsmanship, Bobby More at the end of the game in 1970, and those iconic images are so powerful and I’d give him a lot of credit for that as well.”

Howe is too young to remember Pele as a player, but is well aware of his impact on the world game.

He said: “I’ve seen videos, especially the England v Brazil game in 1970. In my era, you grew up knowing of Pele, thinking of him as the best player the world had ever seen at that moment.

“It’s very, very sad. Whenever an icon passes away, it’s a very sad moment for football. Seeing the reaction of everybody, media, everyone connected with football, he’s certainly well remembered around the world.”

Such is Pele’s standing in Brazil that Howe will put an arm around compatriots Bruno Guimaraes and Joelinton as the nation comes to terms with his loss.

He said: “I’ll chat with the Brazilian players that we have. He’s an absolute giant in Brazil for obvious reasons for what he achieved for the country, so I’ll certainly be having a conversation and speaking to them about him.”