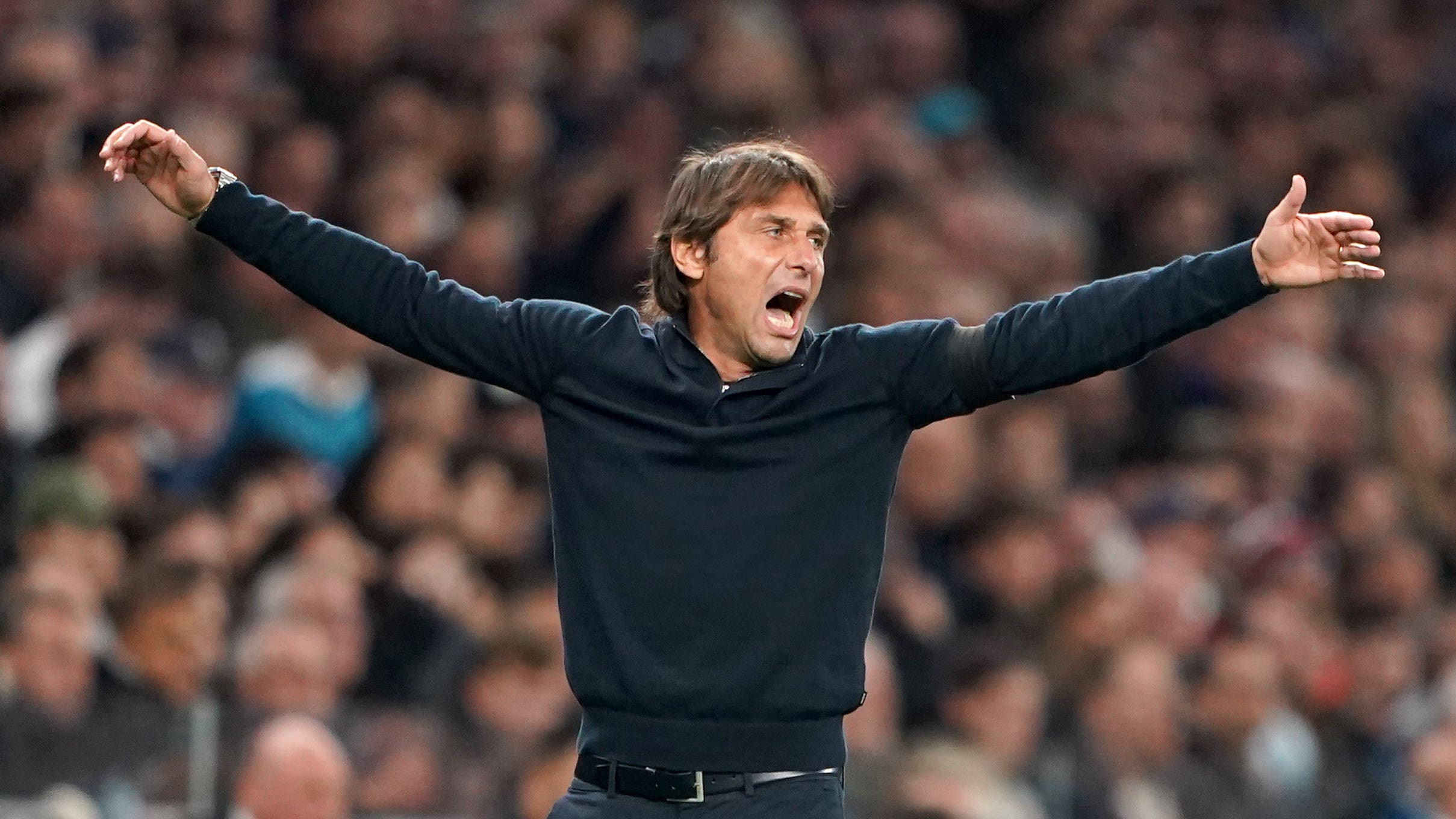 Antonio Conte said it would have been a “disaster” if Tottenham had thrown away a two-goal lead in their 3-2 win against 10-man Eintracht Frankfurt in the Champions League.

Spurs looked set for a routine win as they were leading 3-1 with an extra man after Harry Kane’s penalty and Son Heung-min’s double had overturned Daichi Kamada’s opener for the Germans, who had Tuta sent off.

But after making a raft of changes and losing all intensity, Spurs invited trouble onto themselves as Faride Alidou gave Frankfurt hope before Kane uncharacteristically missed a penalty to kill the game at the death.

It was then that Conte started to worry about what might happen in five minutes of injury time and his heart was in his mouth when Alidou’s last-gasp shot flew straight at Hugo Lloris.

Conte says that the final part of the game serves as a valuable lesson.

He said: “The negative aspect is the final part and it has to be a big lesson for everybody, for me, for the players. The game finishes when the referee whistles three times.

“In the last part of the game, everybody conceded the game ended and for this reason we made a big mistake. We conceded a corner they scored, then we had the opportunity to score the penalty but we missed the penalty.

“When we missed the penalty honestly, I was a bit scared, because I thought everything can happen.

“We are talking about a really good performance but the final part we have to take a big lesson, everybody. Myself and the players, everybody conceded the game ended. Maybe also the stadium and the fans.

“It is difficult, now we are talking with a smile because we won. But imagine if this game finished a draw. That would have been a disaster.”

Nonetheless, victory means that Tottenham will qualify for the knockout stage if they beat Sporting Lisbon in their next Group D game in a fortnight.

Conte says that is the season’s primary target.

“We have the chance with the next game with a win to go through the next round. For us, that would be a great achievement,” the Italian added.

“That was our first target in this season to go through to the next round in the Champions League. Now our focus has to be on Saturday because I tried to exploit this situation, I tried to give a bit of rest to players.

“We have tomorrow to rest and then on Friday we have to prepare the game against Everton.”

Frankfurt manager Oliver Glasner added: “Tottenham deserved to win over the 90 minutes, but I was pleased with the reaction.

“We couldn’t cope with the quality of the Tottenham attack at points. We allowed Harry Kane too many balls and he processed them really well.”