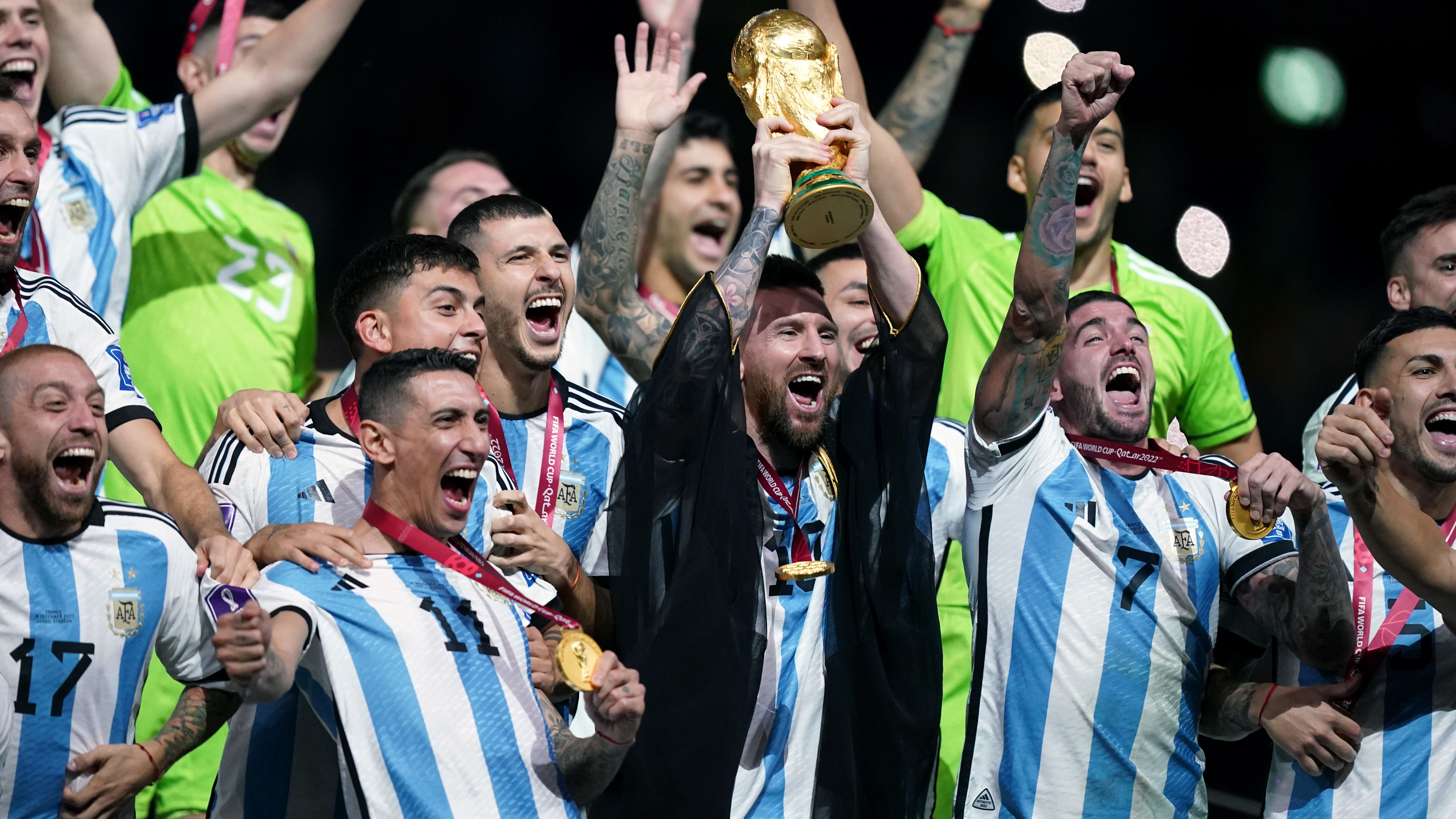 Messi scored twice in the dramatic 3-3 draw against France and rolled in his penalty in the shoot-out as Argentina triumphed 4-2.

“I’m so emotional. It’s one of those moments,” Zabaleta, a team-mate of Messi when Argentina lost to Germany in the 2014 final, said on BBC One.

“I’m just watching Messi. Thank you to everybody for that great game. What a perfect story for Messi. He deserves it 100 per cent.

“I’ve been part of that team when Messi came for the first time to play for the national team. He came to represent his country with the passion and the respect.

“He has always shown that for his country. Everyone is just crying and giving him a big hug.

“For our country, we will see a picture of Diego Maradona and Messi, two of the greatest players of all time, with the World Cup trophy. That is something so incredible.”

The tournament in Qatar has been beset with controversy but the football was at times spellbinding, not least in the final.

“Before the World Cup it was one of the most controversial, but I have to say it has been brilliant in terms of football,” added Zabaleta.

Fellow pundit Alan Shearer said the final, in which Kylian Mbappe scored a hat-trick for France, was “staggering”.

“We’re breathless up here. It was just an unbelievable final. It was great to be here, a pleasure to be here,” he said.

England midfielders Declan Rice and James Maddison were among the first to pay tribute to Messi, who at 35 had finally landed football’s biggest prize.

“Lionel Messi. The best ever,” said Rice. “We will never see a player like Messi ever again.”

Maddison believes the ‘GOAT’ debate between Messi and Cristiano Ronaldo is settled once and for all.

“For those who know football know that tonight’s result didn’t determine whether Messi was the best player ever or not,” he said.

“But yet I’m so happy he did for the people who thought he needed it so now there’s no debate.”

“Messi puts the top hat on an unbelievable career but spare a thought Mbappe, a hat-trick in a World Cup final yet goes home empty handed.”

Stars from other sports weighed in to praise Messi.

Britain’s two-time Wimbledon champion Andy Murray wrote on Twitter: “Is Messi the best athlete of all time? Forget just football. What a man.”

Former India batter Sachin Tendulkar tweeted: “Many congratulations to Argentina on doing this for Messi!

“Wonderful comeback from the way they started the campaign. Special mention to (Emi) Martinez for the spectacular save towards the end of extra time. That was a clear indication to me that Argentina would clinch this.”

England 1966 hero Sir Geoff Hurst, the only previous man to score a hat-trick in a World Cup final, had a message for Mbappe.

He wrote: “Many congratulations to Mbappe, whatever happens. I’ve had a great run!”