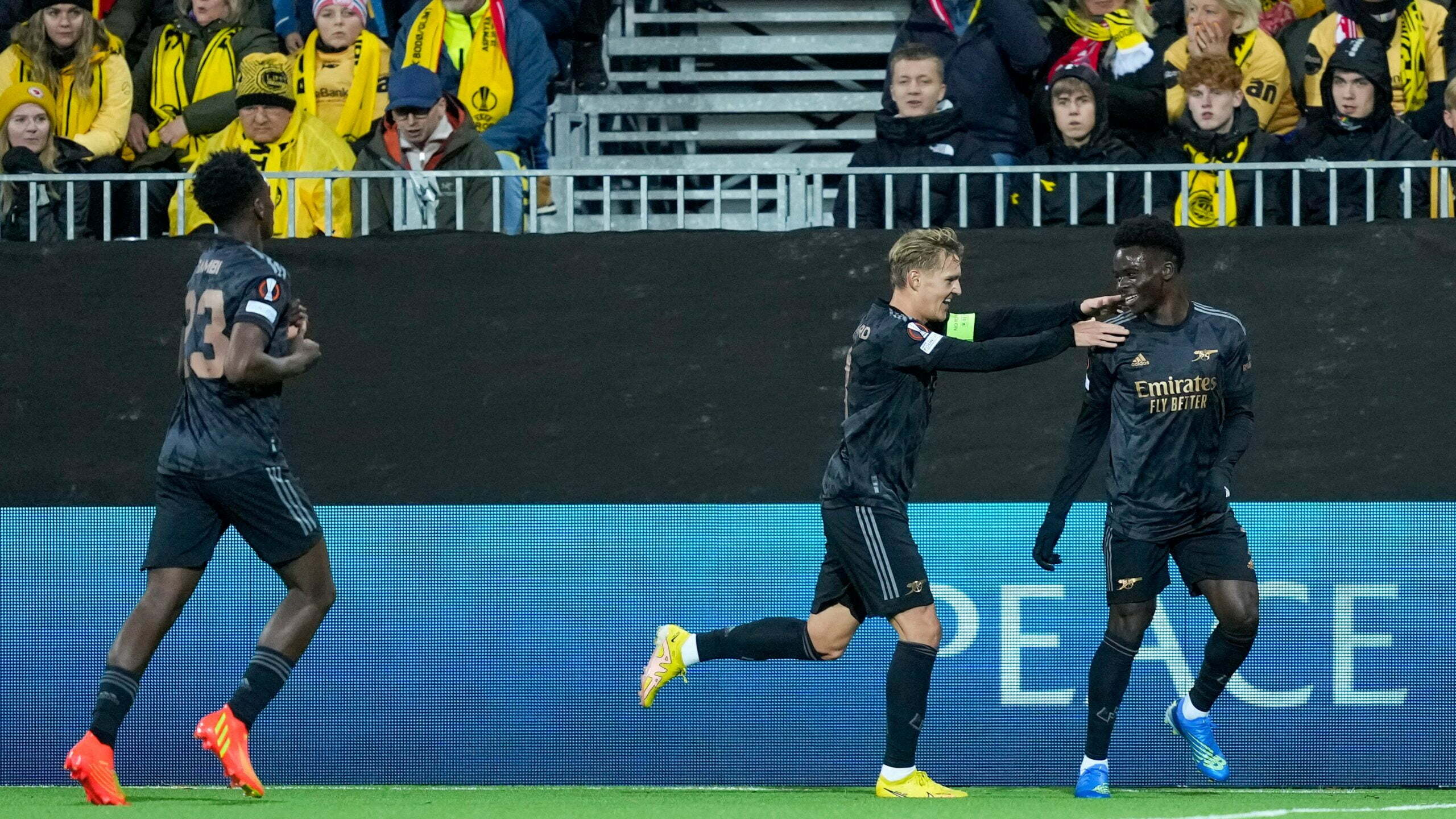 Arsenal’s fine start to the season continued as Bukayo Saka hit the only goal of the game to see off Bodo/Glimt and put the Gunners in charge of their Europa League group.

Mikel Arteta’s sit top of the Premier League and made it 11 wins from 12 in all competitions with a 1-0 victory in Norway.

The Spaniard opted for a strong line-up, naming seven full internationals with the prospect of winning the group to bypass the round of 32 stage leading to the likes of Saka, William Saliba and Ben White starting the game.

But, inside the Arctic Circle and with swirling rain, Arsenal put on a professional display to maintain their winning start to Group A.

Saka was arguably the most surprising inclusion in the XI but it was the England winger who broke the deadlock.

It was one of the luckiest goals of his career, his initial effort hitting defender Marius Hoibraten, rebounding off Saka’s chest and into the back of the next.

The hosts had already lost captain Ulrik Saltnes through injury before Saka’s opener and then saw Amahl Pellegrino miss a fine chance to level.

The forward burst through on Matt Turner’s goal, latching onto a ball over the top but could only skew his shot high and wide.

Pellegrino had another chance early in the second half, this time forcing a low save out of Turner with Ola Solbakken firing just over moments later.

With the hosts now on top, Runar Espejord was the next Bodo player to pass up a fine opportunity, Arteta reacting with a double change as Granit Xhaka and Gabriel Martinelli came off the bench.

Those alterations allowed Arsenal to wrestle back control of the contest, the rest of the game seen out with minimal fuss as the Gunners add another three points to their Europa League haul ahead of next Thursday’s clash with PSV Eindhoven.