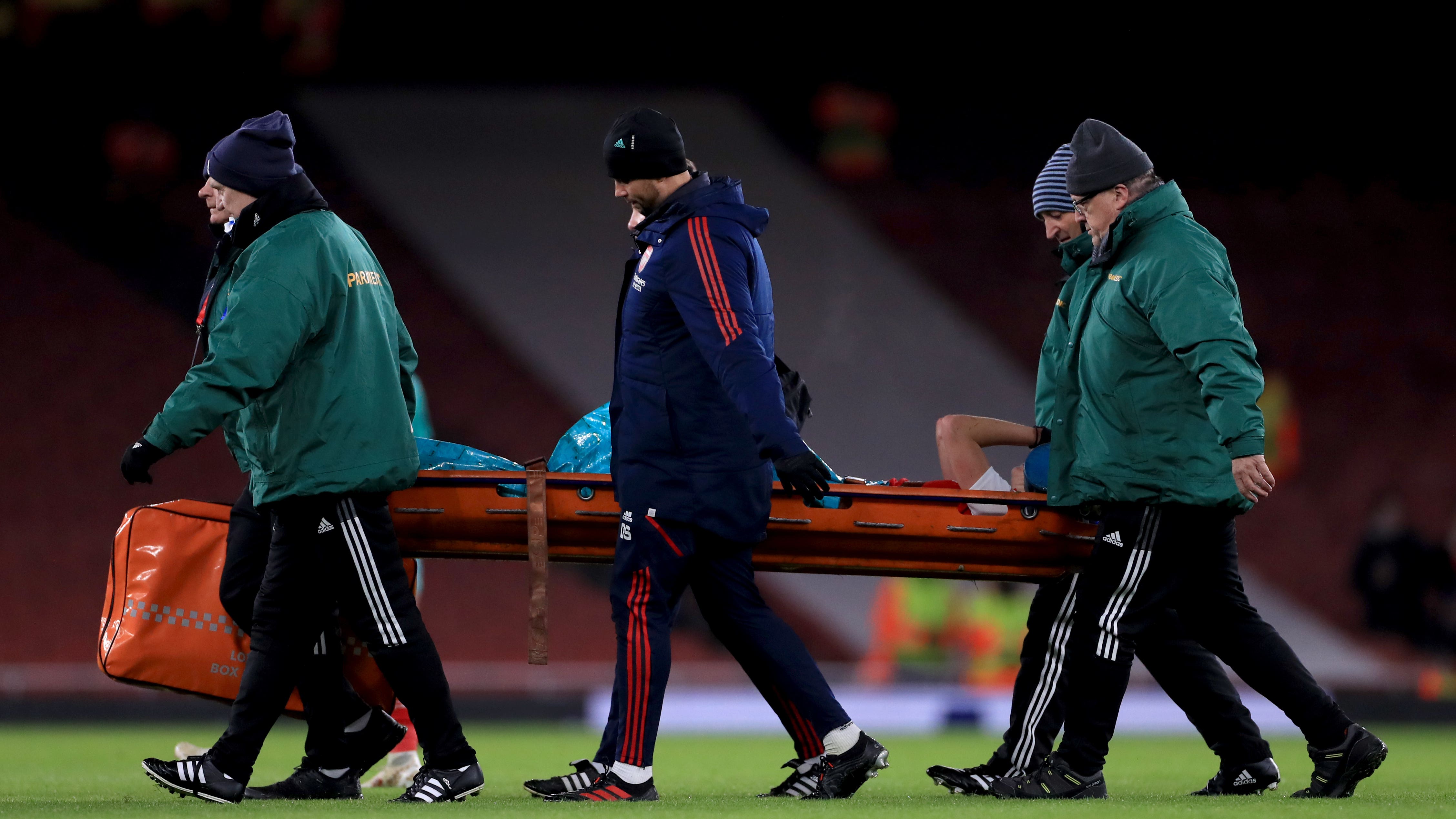 Arsenal striker Vivianne Miedema has announced she has ruptured her anterior cruciate ligament.

The Dutch striker was carried off on a stretcher after landing awkwardly during the Gunners’ Champions League clash with Lyon on Thursday and their worst fears have now been confirmed.

Writing on social media, the 26-year-old said: “Absolutely gutted to share I’ve ruptured my ACL in our last game against Lyon.

“It was one of those moments where I knew straight away. So many things going through your head: I won’t be able to help my team anymore this season, no World Cup, surgery and rehab for a long, long time.

“I won’t be telling you I’ll come back stronger or that I’m looking forward to spending the next however many months in the gym.

“It will be tough with plenty of difficult days (plenty of crying, which we’ve had a lot of already), but sadly enough it’s part of football.”

Miedema is the second Arsenal player to suffer the same injury in a month after her fellow forward, and off-field partner, Beth Mead, who is also out for the long term.

Miedema added: “I’m lucky enough to have amazing team-mates, friends and family around me and Beth, who can guide me through everything that’s coming while only being a couple of weeks ahead of me.”

Miedema has played for Arsenal since 2017 and is the Women’s Super League’s all-time leading goalscorer.

An Arsenal statement read: “Viv will undergo surgery in the coming days and will unfortunately be ruled out for an extended period of time. A more detailed timescale will be established once the operation is complete.

“Everyone at Arsenal wishes Viv well in her recovery and will be providing her with all the support she needs to return to action as soon as possible.”