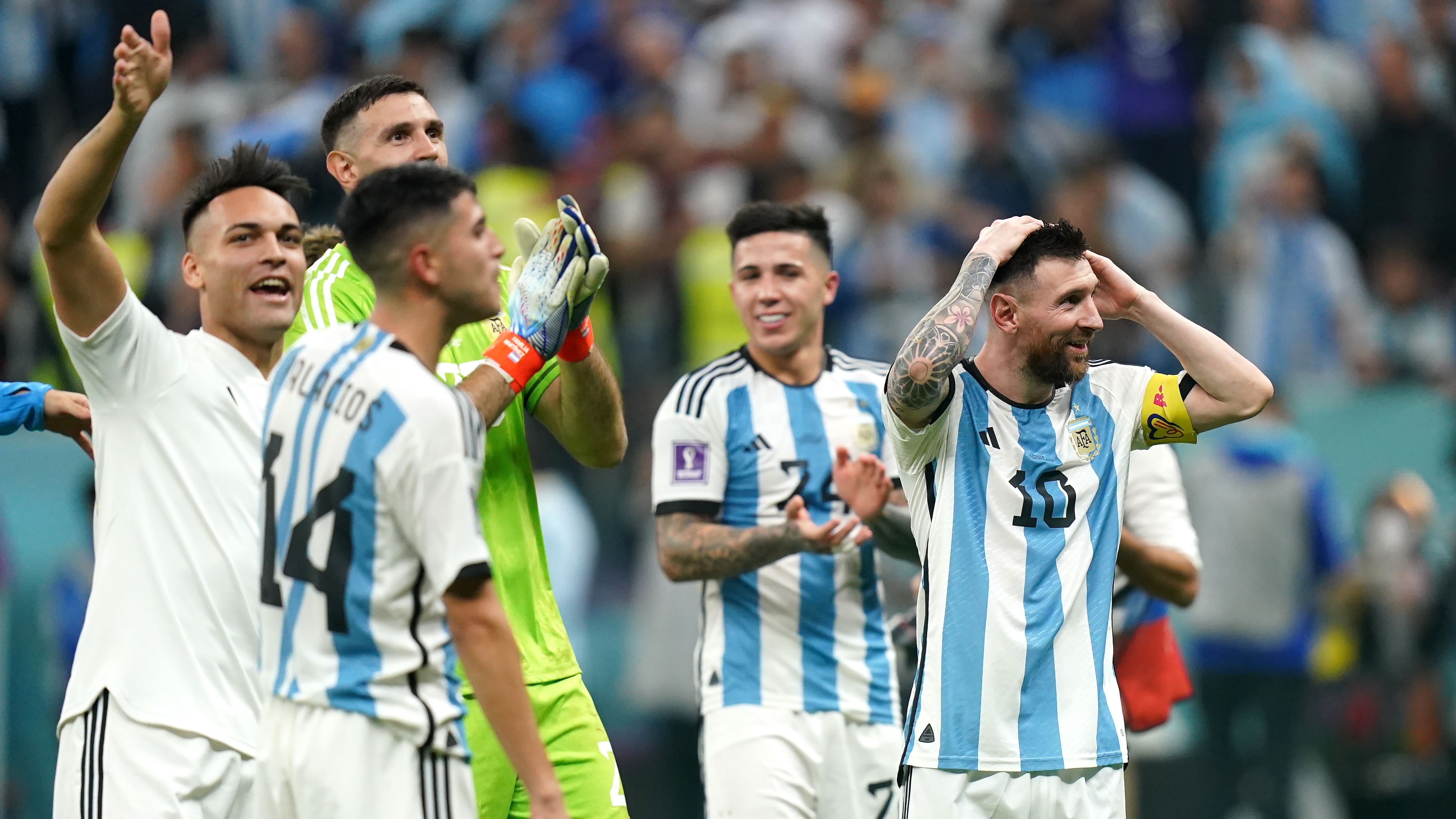 Argentina are back in the World Cup final after beating Croatia in Tuesday’s semi-final in Qatar.

Here, the PA news agency tracks how Lionel Messi’s side made it through to Sunday’s showpiece.

Argentina came into the tournament with plenty of backers but things got off to an inauspicious start as they suffered one of the biggest shocks in World Cup history in their opening game, going down 2-1 to Saudi Arabia. That put them in a perilous position but a 2-0 win over Mexico, followed by a 2-0 success against Poland ensured Lionel Scaloni’s men made it through as Group C winners.

Paired against Australia in the last 16, Argentina took control as Messi put them ahead in the first half, with Manchester City striker Julian Alvarez adding a second after the restart. It ought to have been a comfortable ending but Enzo Fernandez’s own goal made things interesting, with goalkeeper Emiliano Martinez required to produce a last-gasp save to prevent extra-time and earn a 2-1 win.

The last-eight tussle with the Netherlands has to go down as the match of the tournament so far as it was a classic World Cup encounter, full of drama and plotlines. Again, it looked like an easy night’s work for Argentina as Nahuel Molina’s opener and a Messi penalty put them 2-0 up with 75 minutes gone. But that was just the beginning of an ill-tempered story as former Burnley striker Wout Weghorst got one back for the Netherlands and then in the 11th minute of stoppage time he scored again to force extra-time. There were no more goals in the additional period, just plenty of bad blood between the two sides. Martinez was the hero for Argentina in the penalty shoot-out, saving efforts from Virgil van Dijk and Steven Berghuis. There were some unsavoury scenes at the end as Argentina goaded their beaten opponents, with Denzel Dumfries sent off for the Dutch as he retaliated.

La Albiceleste booked their place in a second World Cup final in three editions as a Messi masterclass earned them an easy 3-0 win over Croatia in the semi-final. The European side, who had beaten Brazil on penalties in the previous round, were no match for Argentina, who took the lead through Messi’s fifth goal of the tournament and third from the penalty spot. Alvarez added a second before the break and then some Messi magic set up Alvarez for a second as Scaloni’s men romped into the final.