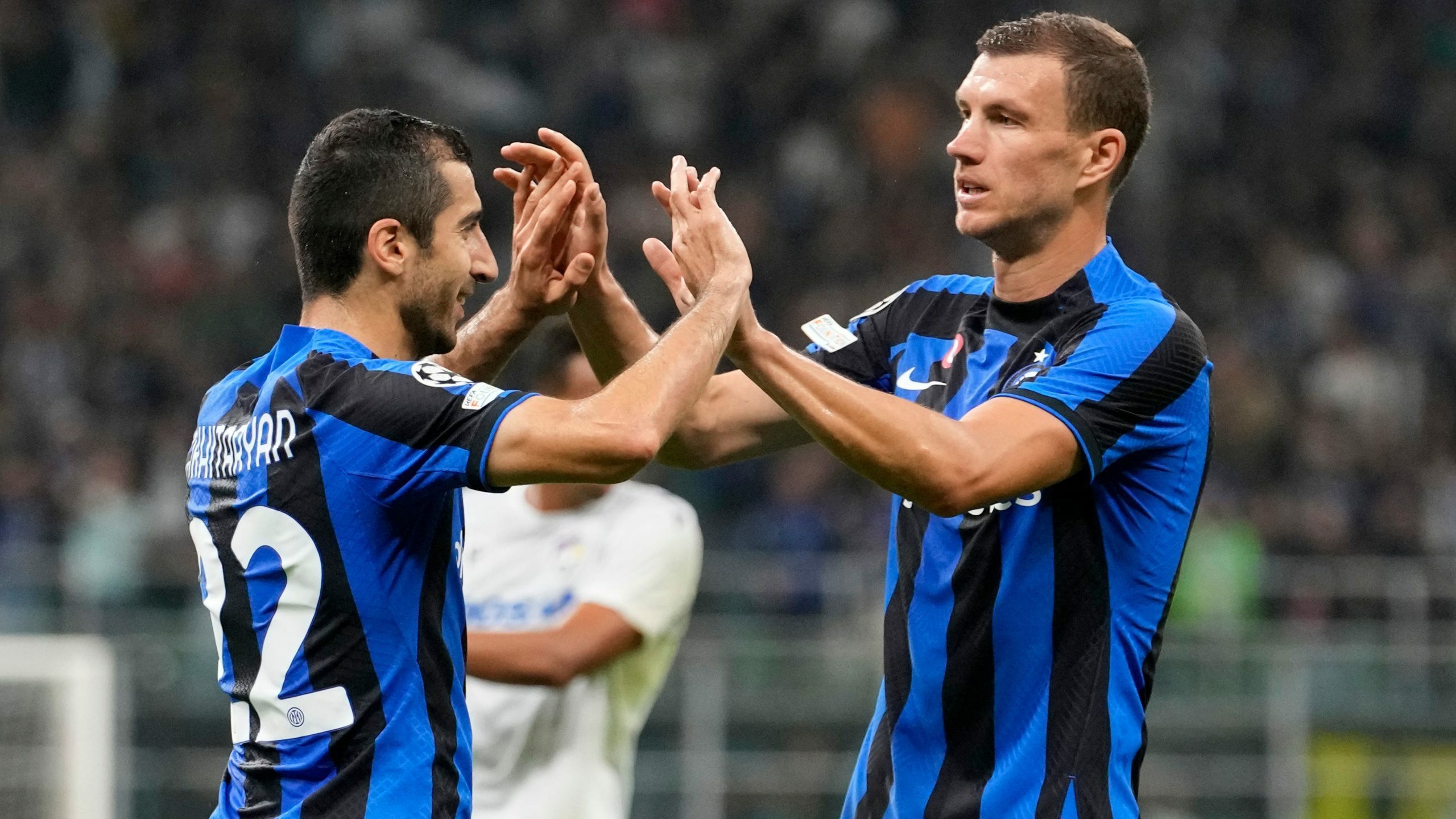 Barcelona have been eliminated from the Champions League after Inter Milan stormed to a dominant 4-0 win over Viktoria Plzen at San Siro.

Edin Dzeko scored twice as Inter booked their place in the last 16, joining Bayern Munich in qualifying from Group C, with five-time European champions Barca having to settle for a Europa League place.

Henrikh Mkhitaryan opened the scoring for the home side in the 35th minute from an Alessandro Bastoni cross, before Dzeko had his first of the night with a tap-in at the far post, converting from a well-timed ball from Federico Dimarco.

Dzeko added his second in the 66th minute and Romelu Lukaku capped off Inter’s night with the fourth.

Inter’s head to-head record with Barca, who they beat 1-0 and drew 3-3 with, in the group means they will still go through even if Xavi’s side join them on 10 points after their six matches.

In the other early kick-off, in Group B, Diogo Costa saved two penalties as Porto beat Club Bruges 4-0.