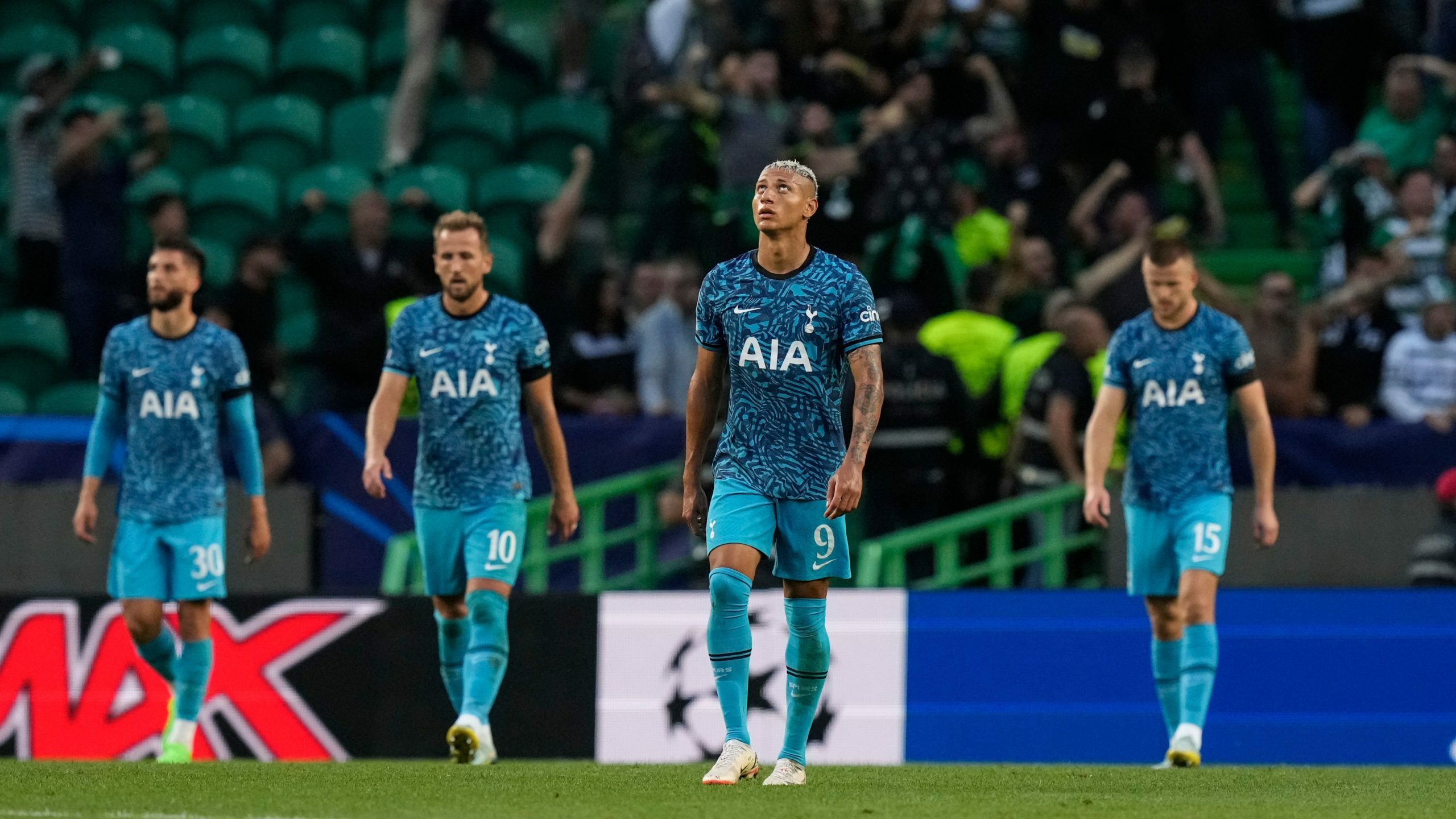 By By PA Sport StaffSeptember 14, 2022No Comments

Defender Ben Davies knows Tottenham have to improve if they are going to progress past the group stage in the Champions League.

Spurs conceded two goals in injury time to go down to a 2-0 defeat at Sporting Lisbon on Tuesday that leaves them second in Group D after two matches.

Antonio Conte’s men were far from their best in Lisbon, but were the team pushing for the win until things went wrong at the death.

“It felt like we were always in the game and were always going to create chances, there were spaces, especially when we counter-attacked them,” Davies told Spurs TV.

“But we lacked that final little bit. At the end of the day we lost the game so we have to regroup and move on.

“It is tough, it’s a competition we want to play in but if we want to progress we have got to be better than we were.”

Spurs conceded in the 90th minute as Paulinho scored from a corner and then they were punished with the last kick as Arthur Gomes scored a fine individual goal.

Davies was unhappy with the way the first goal went in.

“Gutted really, it was a tough game, a tough place to come,” he said.

“Maybe we weren’t at our best but we were still in the game so we are disappointed to lose a set-piece goal at the end.

“It is very tough because I feel like it is a preventable goal. We stayed in the game, we defended well when we needed to, it is just a disappointing goal to concede all around really, it is not like they cut us open to get it.”