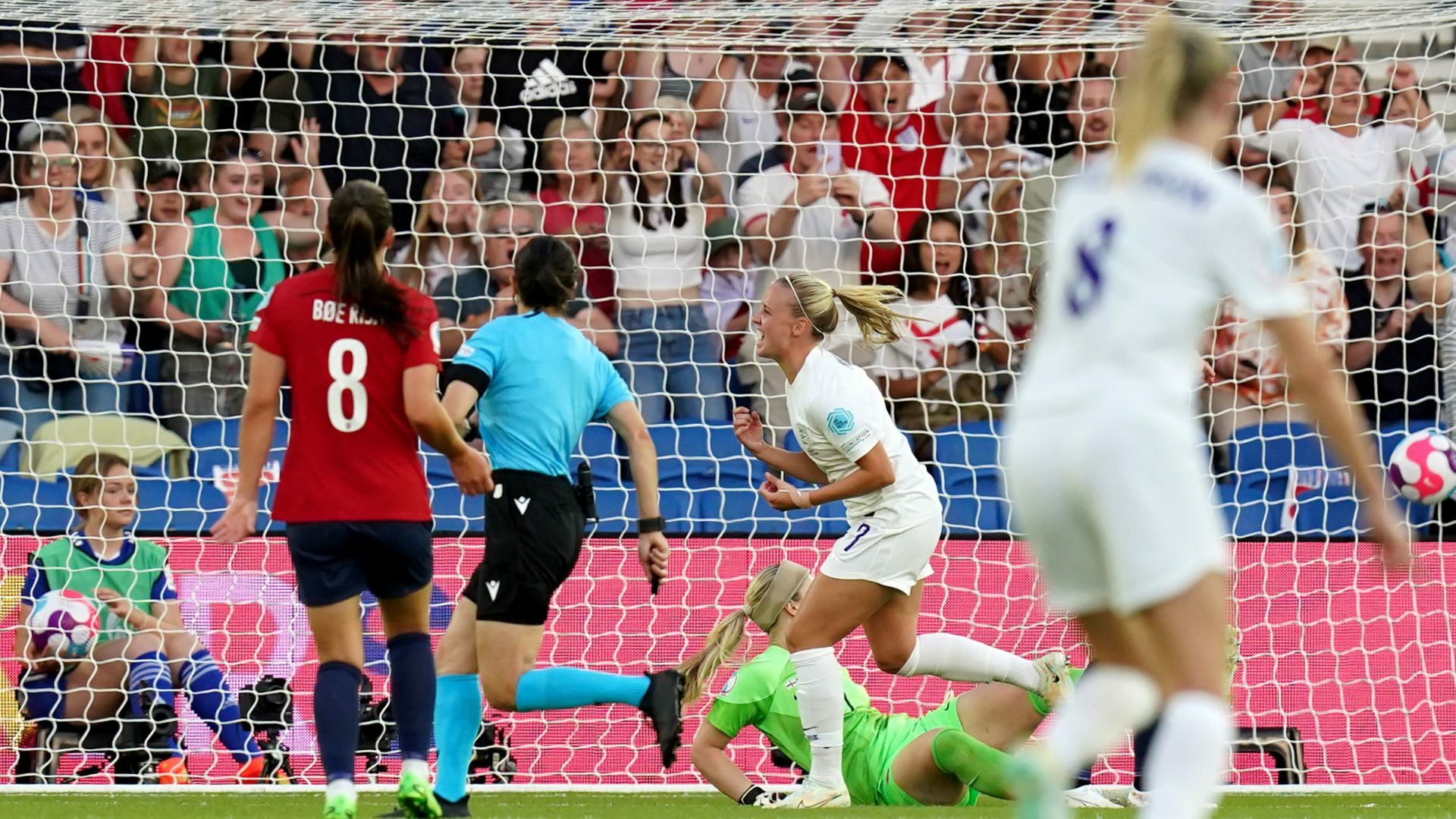 Arsenal manager Jonas Eidevall hailed Beth Mead’s performance as the best by a wide player at Euro 2022 after her hat-trick against Norway helped England secure a quarter-final spot.

In a dominant first half, Mead and Ellen White each scored twice, while Lauren Hemp and Georgia Stanway also got on the scoresheet as the Lionesses ran riot at the Amex Stadium.

Within just 41 minutes England equalled the record for most goals scored by a team in a Women’s European Championship match and Eidevall, who manages Mead at club level, was full of praise.

“England played them to pieces,” he told the BBC. “I’m astonished that Norway didn’t change anything.

“Don’t take anything away from Beth Mead. It’s the best performance of a wide player at this tournament, and there have been plenty.

“I hope wide forwards are watching this on TV, this is what you need to do to score goals.

“England looked two or three levels above Norway. I expected an even game, but it was very impressive from England.

“It’s against Norway who were coming here to be medal contestants. Norway weren’t even on the pitch today. England had so much time and space and what England did with that space was amazing.”

Alessia Russo and Mead went on to complete the scoring in the second half to seal a record-breaking 8-0 victory for Sarina Wiegman’s side.

No team – men or women – had previously scored seven goals at a European Championship finals.

Former England striker Ian Wright, working as a pundit for the BBC, said: “This is an unbelievable team that’s being well coached and full of confidence.

“I can feel the potential of this England team. They’re putting on a show that I haven’t seen. We’ve got such good players and they have not had a chance. Everything has been magnificent.

“It was as good as it gets. What you have to give England credit for is the relentlessness in their press. Every single player stuck to their job for the whole time.

“England have just dismantled a very, very good footballing nation in Norway. They never gave them any opportunity to play.”

On Mead’s performance, Wright added: “She’s so confident now. She’s worked hard on her game. Everything that she’s done, her game has ranked up. It builds confidence. She’s a goal-scoring monster at the minute.”

Alex Scott, who made 140 appearances for England, said: “My cheeks are hurting, I can’t stop smiling. Every player went above and beyond, I’m so proud of this team.”