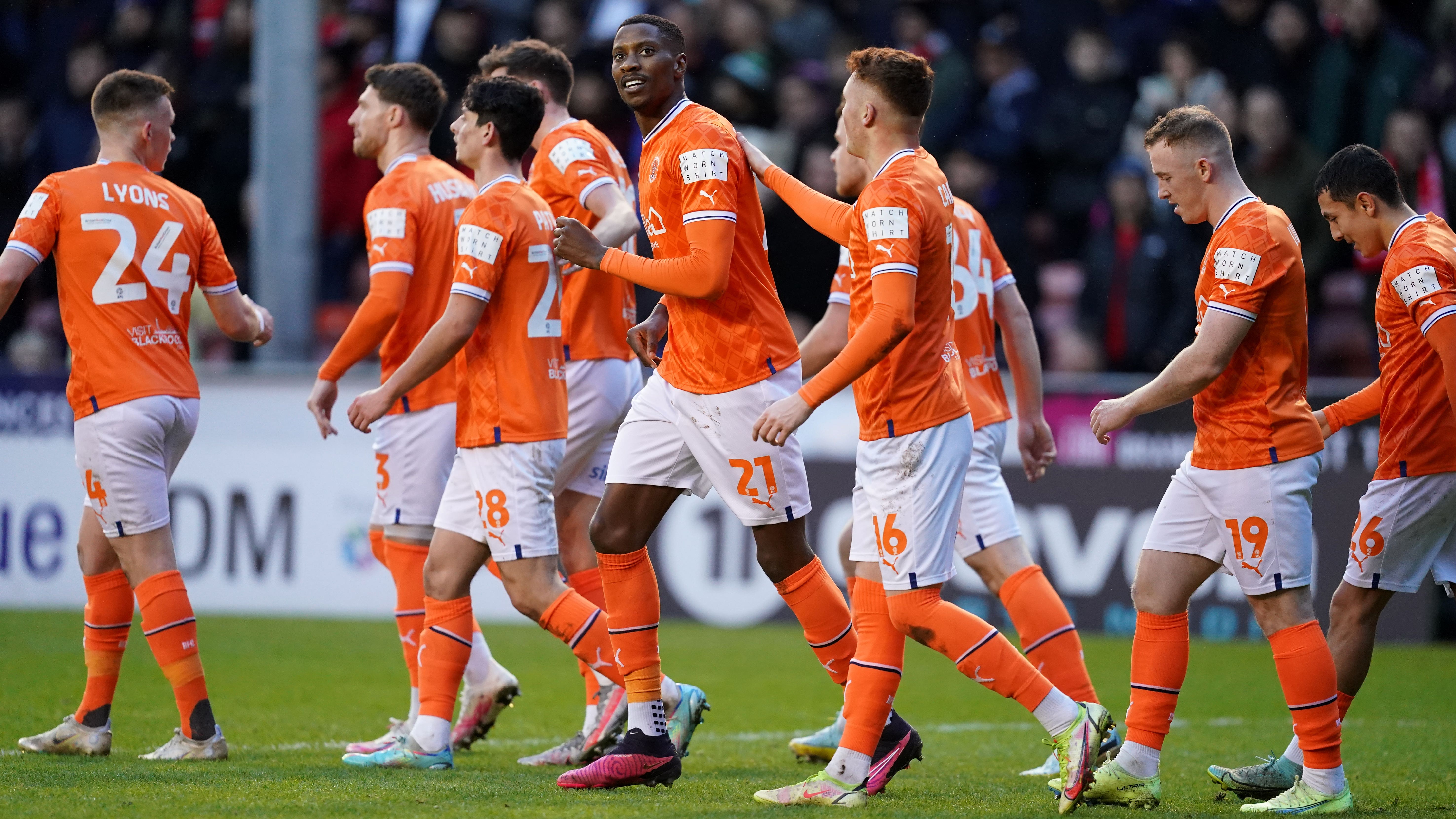 Blackpool belied their poor Sky Bet Championship form to beat Nottingham Forest 4-1 and dump the Premier League side out of the FA Cup.

The Seasiders, in the second-tier’s relegation zone after a nine-game winless run, led at half-time through Marvin Ekpiteta’s close-range finish.

Michael Appleton’s side then soaked up Forest’s second-half pressure and added further goals through Ian Poveda, CJ Hamilton and substitute Jerry Yates before Ryan Yates headed a late consolation for the visitors.

Forest boss Steve Cooper made 11 changes for the third-round tie and was left stunned as his new-look line-up failed to convert a host of chances before being punished on the counter by the Championship strugglers.

Blackpool were first to threaten when James Husband fired narrowly wide, while Nico Williams went closer at the other end for Forest, dragging his low effort just off target after a mazy run to the edge of the penalty area.

But it was the Championship side who drew first blood. Forest midfielder Lewis O’Brien misdirected an attempted headed clearance in the box and centre-half Ekpiteta fired home from eight yards.

Forest were stung into action and were a whisker away from equalising when Emmanuel Dennis curled a shot against the crossbar.

Brazilian midfielder Gustavo Scarpa, making his first start for Forest, forced Blackpool goalkeeper Chris Maxwell into a low save and Sam Surridge blazed into the side-netting after beating his man in the box.

Maxwell kept the Tangerines’ noses in front as they came under concerted pressure with a brilliant low save to keep out Williams’ goalbound effort.

Forest went straight back on the offensive at the start of the second half. Surridge spurned another big chance following Dennis’ cut-back and O’Brien sliced wide from Harry Toffolo’s cross.

Maxwell came to Blackpool’s rescue again to deny Dennis in a one-on-one and O’Brien’s follow-up was diverted by Ekpiteta.

Blackpool continued to chase and harry and the tireless Poveda went close with a long-range effort before the visitors were punished for a lapse in concentration.

Williams’ mis-placed pass sent Blackpool substitute Yates scampering clear down the left and his low cross was converted by Poveda from six yards.

Surridge wasted another chance for Forest by shooting high and wide from in front of goal before the Seasiders hit them on the break again to go 3-0 up.

Poveda was this time the provider as he supplied the cross from the left and Hamilton produced an emphatic left-footed finish to kill the tie.

Jerry Yates should have added to the scoreline when firing wide from another Poveda cross.

But the same pairing combined again and this time Yates got it right, converting to make it 4-0 and complete Forest’s misery in the 87th minute before substitute Ryan Yates headed a consolation for the visitors in the closing moments.