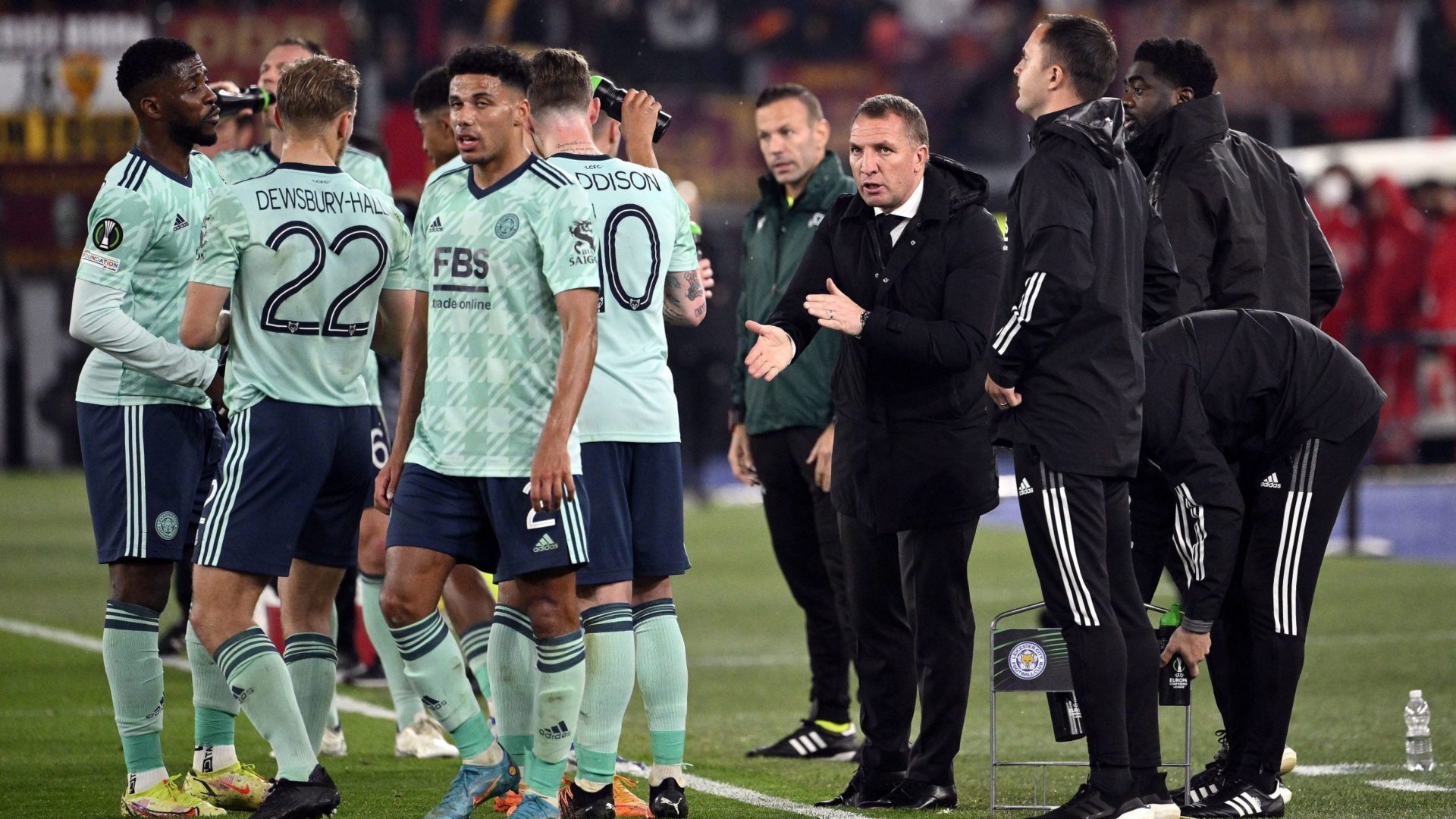 Tammy Abraham’s header gave Roma a 1-0 win on Thursday and a 2-1 aggregate victory to set up a final with Feyenoord in Tirana later this month.

The Foxes struggled all night at the Stadio Olimpico in a limp performance where they failed to do themselves justice in their first European semi-final.

Defeat means European football is highly unlikely next season, with Leicester 11th in the Premier League and 10 points off the top seven, but manager Rodgers wants to build again.

He said: “It’s a young team and learning all the time, this is a level a lot of them have never been to. It’s only natural but the guys will learn and it’s another experience. It’s a tough one when you lose but it’s important to learn from it.

“It’s been a great journey for us. The players will learn and gain a lot of experience from it. Nights like tonight will stay with them and give them that motivation going forward.

“The players will feel the experiences of the last couple of years. We can regroup in the summer, feelings of tonight will provide a great motivation and when you have more coaching time it gives you a chance to push on.”

Rodgers, though, bemoaned Leicester’s weakness at set-pieces which has dogged them all season and cost them in Rome.

“Our Achilles heel all season has been set pieces and it has undone us again in what was a tight game,” he said.

“It’s clearly physicality. We are a team who have done everything to change the momentum of the set-pieces. We’ve gone man-to-man and zonal but it doesn’t work consistently enough. We have given away too many cheap goals.”

Leicester’s pleas for an early penalty after Chris Smalling hauled down Wesley Fofana went ignored and Roma grabbed the tie by the scruff of the neck soon after.

Leicester were undone by another set-piece when Pellegrini swung in a corner from the right and the outstanding Abraham won the mismatched battle with Ricardo Pereira to head in.

Roma were happy to protect their lead and were helped by the passive visitors, who lacked imagination and were too slow when they did have possession.

Leicester improved after the break but never troubled Rui Patricio significantly, with efforts from James Maddison and Kelechi Iheanacho easy for the former Wolves goalkeeper.

An uneventful second half played into Roma’s hands and the final whistle sparked wild celebrations with the club reaching their first European final since 1991.

Boss Jose Mourinho said: “It’s a victory of the family – not just players and coaches but the family that was in the stadium. This is our greatest merit – this empathy, sense of family.

“We played an extraordinary game. The boys were extraordinary, they deserve this. We’ve had a great run to get there and 14 games are a lot. Now we’re in a final and we want to win.

“I shed a tear because my emotion was for everyone who loves this club. This is a giant club without the trophy room in relation to the dimension of the club.