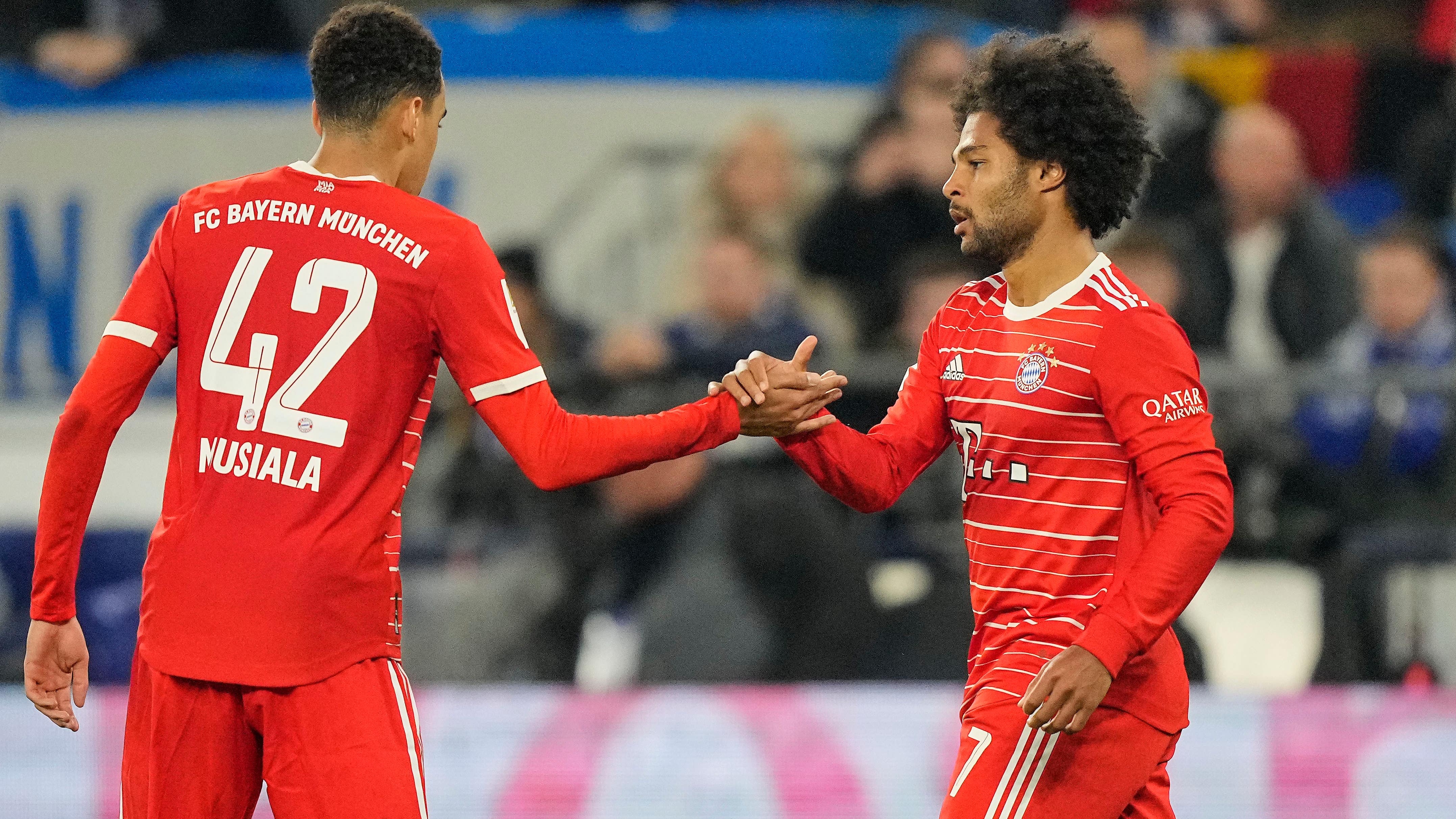 Bayern Munich won 2-0 at last-placed Schalke to head into the World Cup break top of the Bundesliga.

Jamal Musiala set up Serge Gnabry’s opener with a lovely backheel late in the first half and then teed up Eric Maxim Choupo-Moting to double the visitors’ lead in the 52nd minute.

It was Bayern’s 10th straight victory in all competitions while Schalke sit five points from safety.

Xaver Schlager opened his account for RP Leipzig with a 71st-minute winner to ensure his side remained six points behind the leaders with a 2-1 victory at Werder Bremen.

Andre Silva netted the early opener for the visitors, who defended the lead until the 56th minute when Christian Gross drew Werder level.

Leipzig could drop down the table on Sunday when third-placed Union Berlin face fourth-placed Freiburg.

Wolfsburg climbed to seventh with a 2-1 victory over Hoffenheim while Hertha Berlin beat Cologne 2-0.

Bayer Leverkusen saw off Stuttgart 2-0 thanks to goals from Moussa Diaby and Jonathan Tah while Bochum beat Augsburg 1-0.

In Serie A, league-leaders Napoli survived a second-half scare to beat Udinese 3-2.

Victor Osimhen netted his seventh goal in six league matches to give his team the lead after 15 minutes before Piotr Zielinski made it two before half-time.

Eljif Elmas extended the hosts’ advantage after the restart, but Ilija Nestorovski and Lazar Samardzic scored to set up a nervy finale.

In Ligue 1, Wesley Said and Seko Fofana scored as second-placed Lens came from behind to beat Clermont 2-1 while Rennes beat Toulouse by the same score.