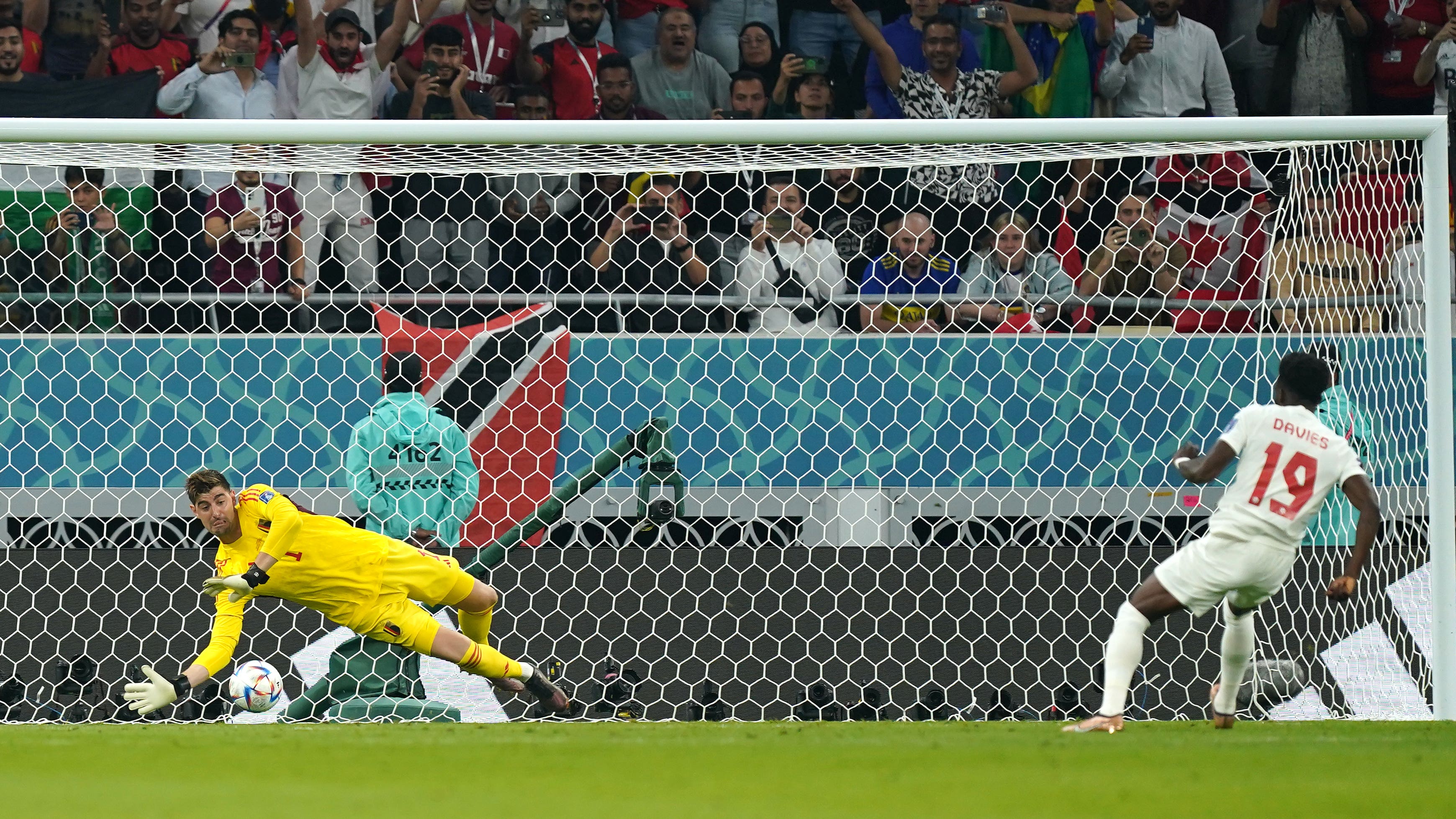 Canada missed a penalty and were controversially denied two more as Michy Batshuayi’s strike condemned them to a narrow defeat against Belgium on their first World Cup appearance in 36 years.

Having finished third in the 2018 finals and boasting talent such as Kevin De Bruyne, Youri Tielemans and Thibaut Courtois, Belgium have been tipped to go deep into the tournament once more.

But they had to settle for a scrappy 1-0 victory at Ahmad Bin Ali Stadium, Batshuayi’s strike on the stroke of half-time proving the difference as Canada failed to score despite having 22 shots on goal.

The Zambian official came to prominence after twice blowing for full-time before the 90th minute in an Africa Cup of Nations fixture earlier this year and his decisions here left Canada tasting a bitter defeat.

Englishman John Herdman worked wonders to get Canada to their first World Cup since 1986 – becoming the first manager to coach teams at both the men’s and women’s World Cup in the process.

But his players certainly did not wilt under the pressure, often outplaying their European counterparts and putting down a marker in their attempt to qualify from Group F.

A strong start would pay dividends as a Tajon Buchanan shot from the edge of the box hit the arm of Yannick Carrasco, a penalty eventually awarded by Sikazwe after consulting his pitchside monitor.

After a long wait, Davies’ tame penalty was easily saved by Courtois and the rebound blazed over the top as Canada passed up a fine chance to take a shock lead.

A referee mishap could have cost Canada another penalty as Jan Vertonghen seemingly clipped Buchanan – only for the flag to go up for offside against the Canada winger despite the ball coming in from a stray Hazard backpass.

Hutchinson fired wide as Herdman’s men continued to hold their own against a side unbeaten in their last 12 World Cup group stage matches heading to Qatar.

Every time Canada went forward, they caused problems as Alistair Johnston went down under a strong challenge on the edge of the box before picking himself up and stinging the palms of Courtois with a driven effort.

Canada were denied another penalty after Axel Witsel tripped Richie Laryea – Sikazwe not pointing to the spot nor being guided to watch a replay by the VAR.

The seemingly inevitable sucker punch arrived for Canada at the end of the first half as Batshuayi latched onto a fine Toby Alderweireld ball over the top of the defence to lash the 2018 bronze medallists ahead.

Once again, Les Rouges did not let their heads drop as Buchanan slid in but could only send a shot high and wide when he should have levelled.

Belgium boss Roberto Martinez made two changes at the break but Canada were still on top, Stephen Eustaquio beating De Bruyne with a nutmeg before crossing for David, who should have done better with his header.

Substitute Cyle Larin forced a save out of Courtois with his own headed effort as a mixture of bad luck, close refereeing calls and profligate finishing cost Canada a famous result.