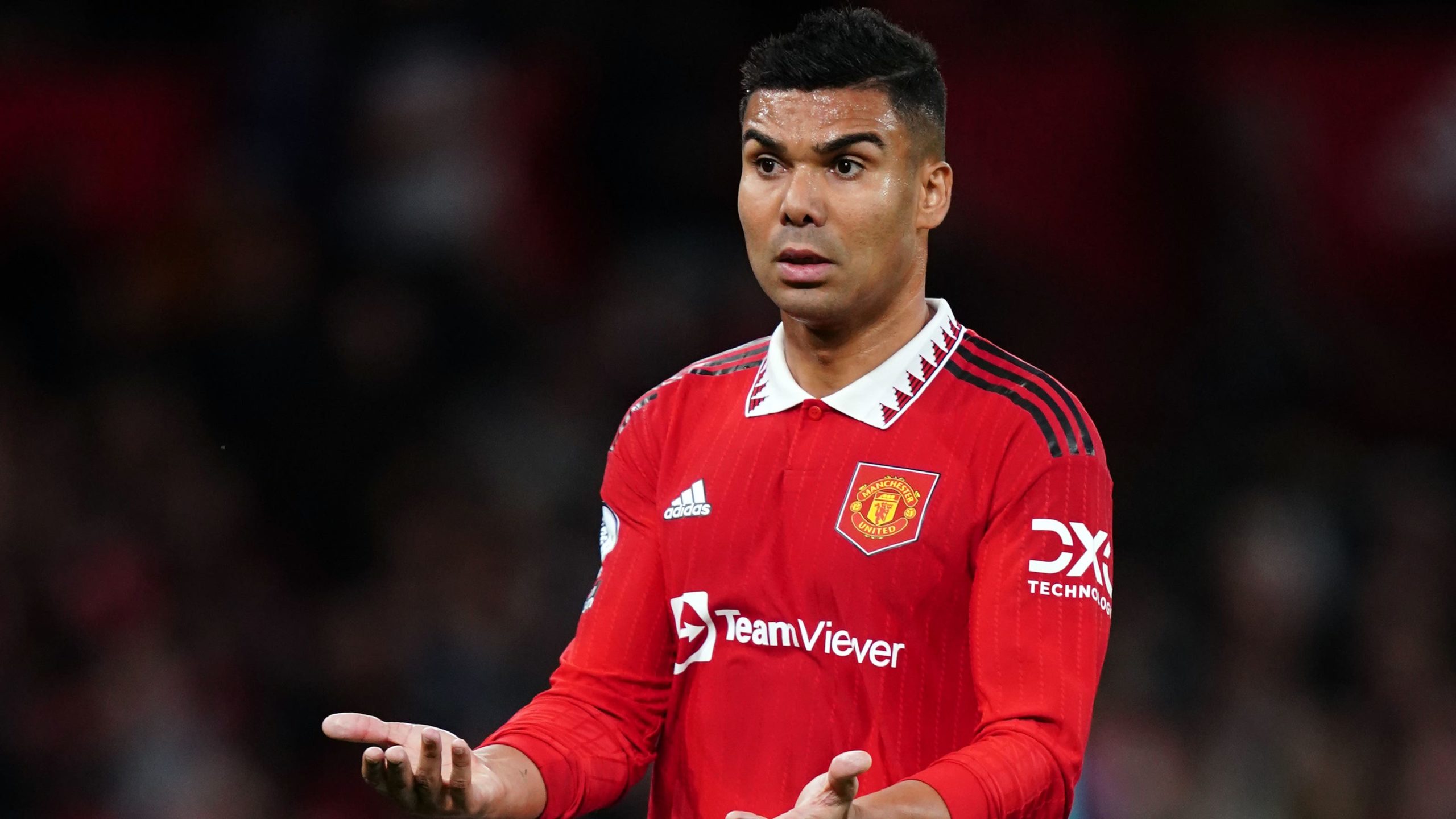 By Press AssociationNovember 2, 2022No Comments

United are beginning to show real progress under former Ajax boss Ten Hag and will bid to extend their unbeaten run in all competitions to nine matches in Thursday’s final Europa League group tie against Real Sociedad.

Casemiro, key to United’s improved form since joining from Real Madrid for £70milion in August, played under Carlo Ancelotti and Zinedine Zidane during 13 years at the Bernabeu.

The Brazilian said: “I’ve been in football for quite a while despite being only 30 and his (Ten Hag’s) obsession for winning is what surprised me the most.

“I think he’s got many strengths. We all know it’s a process and we are growing together and we all see that he wants to win.

“But his obsession for teaching us and leaving everything perfect to the millimetre, that is key.

“His obsession for winning is something I’ve only seen in very few managers.”

Both United and Sociedad have already qualified for the next phase, but Ten Hag’s side must win in San Sebastian by two clear goals to leapfrog the Spaniards and finish top of Group E.

That could prove crucial to United’s chances of progressing further in the tournament as the winners go through to the last 16, while the second-placed side must face a team dropping out of the Champions League in a two-legged play-off.

Ten Hag said: “You face every opponent, but we like those challenges. If you want to win the trophy, you have to beat them all.”

The Dutchman, twice a league and cup double-winner with Ajax, said Casemiro’s hunger to prove himself in the Premier League had convinced him that United had spent wisely in the summer.

“He told me when we had the first talk he needs a new challenge because at Real Madrid he won everything,” Ten Hag added.

“He was a big part of Real Madrid still, they did not want him to go. But he had a feeling, this is what he told me, he had to go to another club, another league, to prove himself.

“That shows his hunger and I really like that and I think from the first day he’s come with that attitude, to every training (session), every match and he proves it and I like it. He will prove more and more important for our team.”

United will be without Antony (leg), Jadon Sancho (illness), Anthony Martial (back) and Raphael Varane (thigh) against Sociedad.

But Aaron Wan-Bissaka is back in the squad following a lengthy injury and under-21s forward Shola Shoretire has also travelled to Spain.

Meanwhile, United have confirmed a second friendly match during the World Cup winter break, against Real Betis in Seville on December 10.

Ten Hag’s side are already scheduled to play on December 7 against Cadiz, where United will be based for their winter training camp.