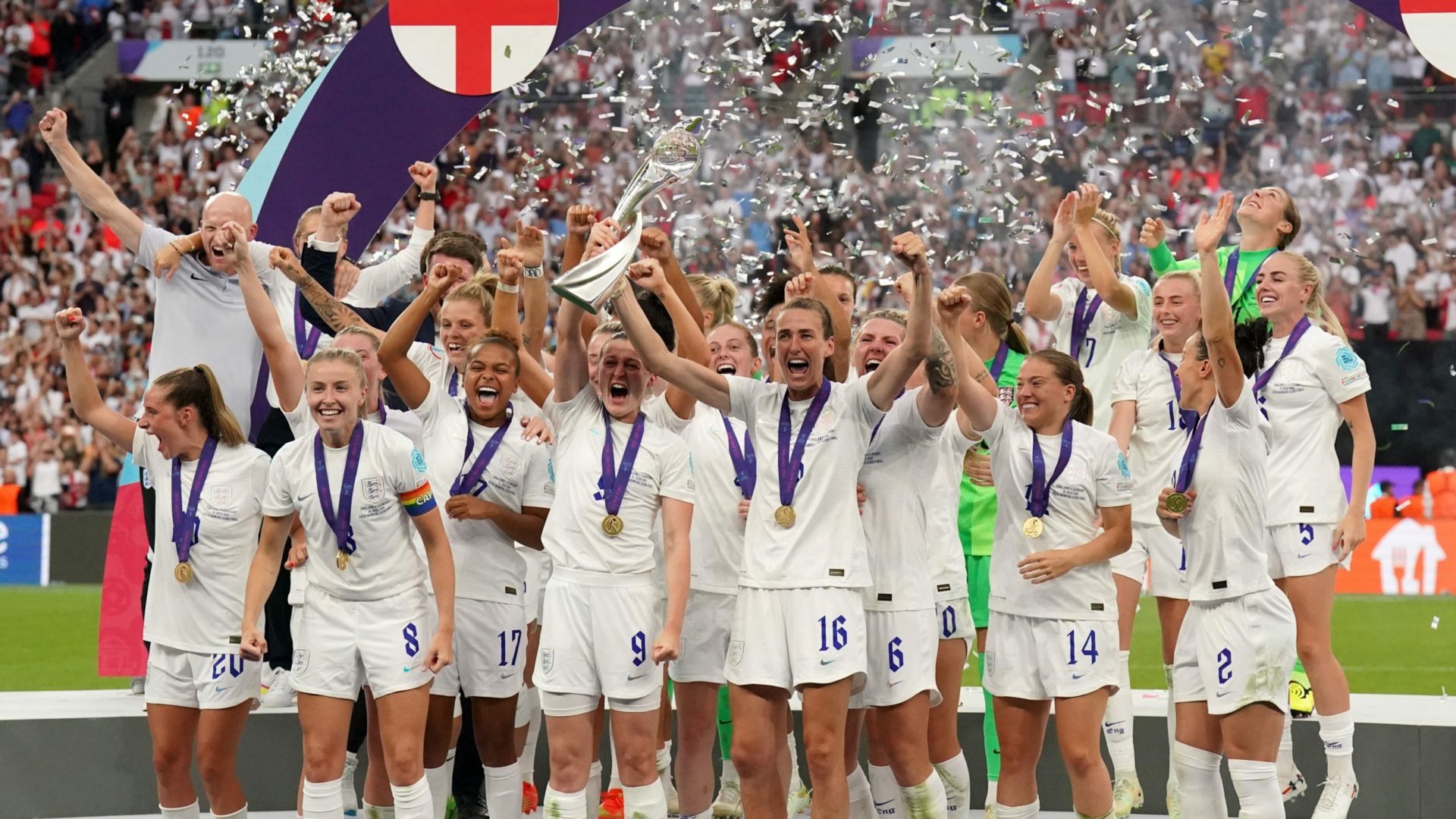 Celebrations continue through the night as England seal Euro 2022 glory

Euro 2022 ended in glory for the host nation as England beat Germany 2-1 after extra-time at Wembley.

Chloe Kelly was the hero as she scored the 110th minute, after Ella Toone’s opener had been cancelled out in normal time by Lina Magull, to hand the Lionesses a first major trophy.

Here, the PA news agency takes a look at incredible finale to a record-breaking tournament.

A year after the men’s team were beaten in the Euro 2021 final at Wembley, the Lionesses went one better on a glorious afternoon at the national stadium. This has been a long time coming for them after suffering heartbreak against Germany in the 2009 final and subsequent disappointing exits from other major tournaments. The appointment of Sarina Wiegman proved the catalyst as she took the team to a new level. There were record attendances throughout the tournament and the Lionesses’ success is sure to inspire future generations.

If Wiegman thought wild celebrations would be put on pause while she conducted her post-match press conference then she was badly mistaken. While the Dutchwoman, who made it back-to-back European Championship victories after her 2017 win with Netherlands, was taking questions from the media, her jubilant players gatecrashed the conference room while singing ‘It’s Coming Home’ and dancing around – and on – the top podium.

Spare a thought for Germany striker Alexandra Popp. This was supposed to be her date with destiny after injury cruelly ruled her out of the 2013 and 2017 editions of the tournament. The 31-
year-old had been the star for Germany, just months after returning after almost a year out with a knee injury, and her six goals meant it was a shootout between her and Beth Mead for the Golden Boot. But in a cruel twist, Popp suffered yet more injury heartbreak as she sustained a muscle problem in the warm-up and had to be replaced. In a career blighted by injury, this one was probably the most painful yet.

Kelly, by contrast, delivered a dream comeback from injury as she wrote herself into English sporting folklore. The 24-year-old only returned to action from an ACL injury in April after almost a year out but was able to force her way into Wiegman’s squad. And it could not have worked out any better for the Manchester City forward as she chose the perfect time to score her first international goal, poking home from close range to give the Lionesses a first major tournament.

Stat of the day

The celebrations, which went late on into the night, will continue on Monday morning with a party in Trafalgar Square. Up to 7,000 fans will be able to attend the famous London landmark on a first-come-first-served basis.