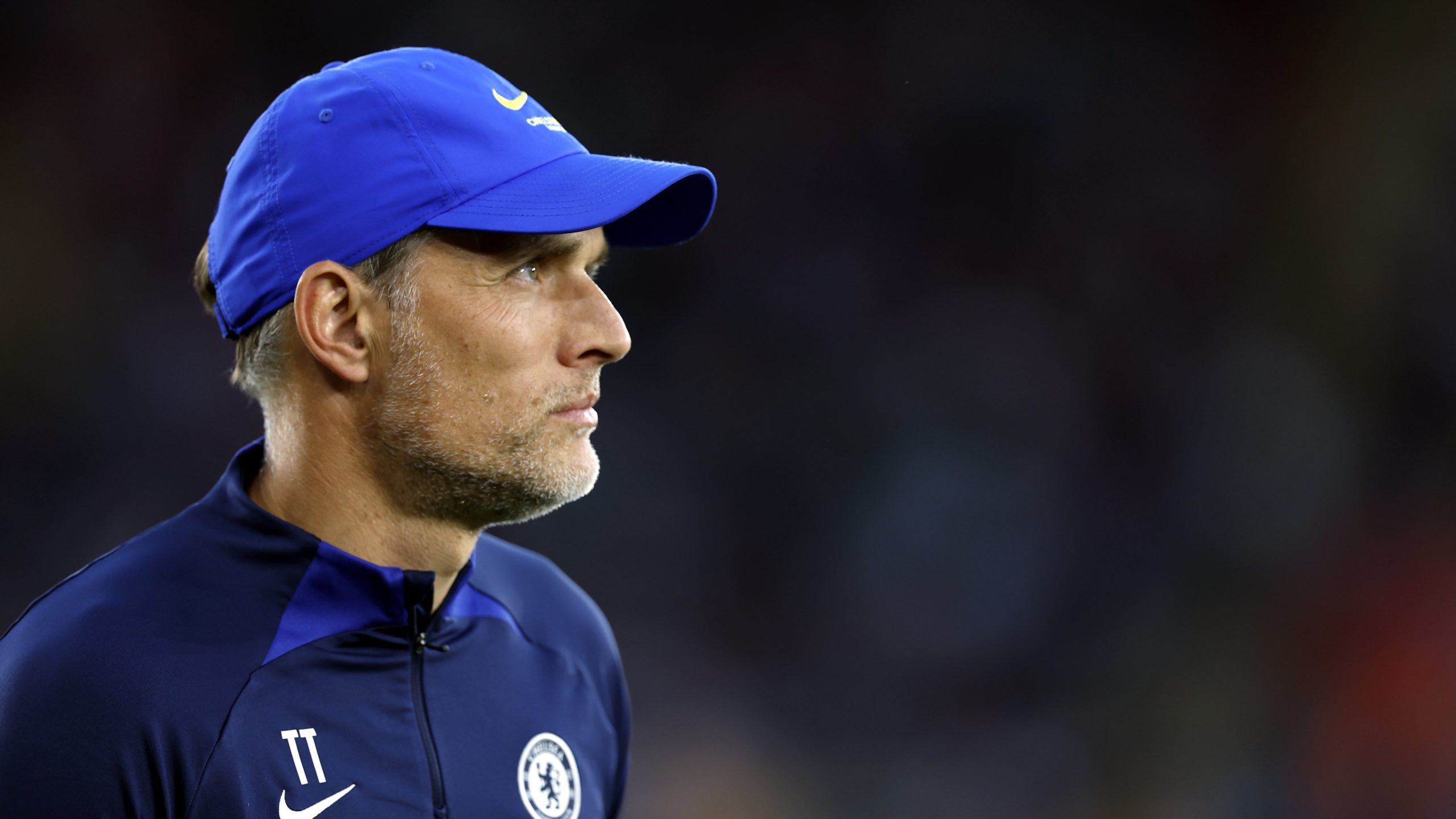 Thomas Tuchel has hailed the “immense boost” of the transfer window being shut and Pierre-Emerick Aubameyang’s tentative steps into Chelsea training.

Barcelona signing Aubameyang was due to start Chelsea training on Sunday, to try out a custom-made protective face mask.

The 33-year-old suffered a broken jaw during a recent home invasion but is determined not to let the attack keep slowing down his start at Chelsea.

“For us it’s an immense boost to have the window closed, and hopefully to have Auba back in training,” said Tuchel.

“Auba will train on Sunday but I cannot tell you yet if it’s full contact or individually.

“We’ll need to see. He has the mask and the doctors tell me the mask is good and he feels comfortable with it.

“We need to see how he feels with it. It’s too early to make a prediction but he’ll be in training tomorrow morning and we’ll see.”

Wesley Fofana made his Blues debut in Saturday’s 2-1 win over West Ham, just three days after completing his £69.5million switch from Leicester.

Chelsea edged to their third win of the campaign thanks to late goals from substitutes Ben Chilwell and Kai Havertz.

West Ham had taken the lead through Michail Antonio, while Maxwell Cornet later headed against a post with Edouard Mendy beaten.

Cornet then saw a goal chalked off after a VAR review in controversial fashion, denying the Hammers a last-gasp draw.

A relieved Tuchel admitted the ability to focus fully on coaching will now prove a boost, while certainty for all his players will also help sharpen Stamford Bridge minds.

“We have now the chance to demand full commitment, there is no way out any more,” said Tuchel.

“We are the group for Chelsea who wants to have the best possible results and outcome.

“We have to take now our responsibility from here. I am happy with everybody who is in the group, there is a reason for everyone to be in the group.

“We want to use this momentum to kick start the season new and I am happy to get the luck we needed to win (against West Ham).

“We got the belief, got the atmosphere, and turned it around because these things are needed to play with full belief and confidence.”

West Ham boss David Moyes could have landed himself in hot water with the authorities for his post-match comments and actions towards the officials.

Midfielder Declan Rice was similarly scathing of Cornet’s disallowed goal, where Jarrod Bowen was judged to have fouled Mendy in the build-up.

Rice also reserved special mention for Lucas Paqueta however, with the Brazil playmaker settling in quickly after his big-money move from Lyon.

“He is a top player, we would have liked to have got him on the ball more,” said Rice, of Paqueta.

“But I thought for his second game, the way he integrated with the team and showed his confidence, he is going to be a real special player for us.

“The defeat is gutting, and the main talking point is the disallowed goal. We have looked back at it as a team and the lads and the manager are gutted.

“We felt as though we could have come away with something.”