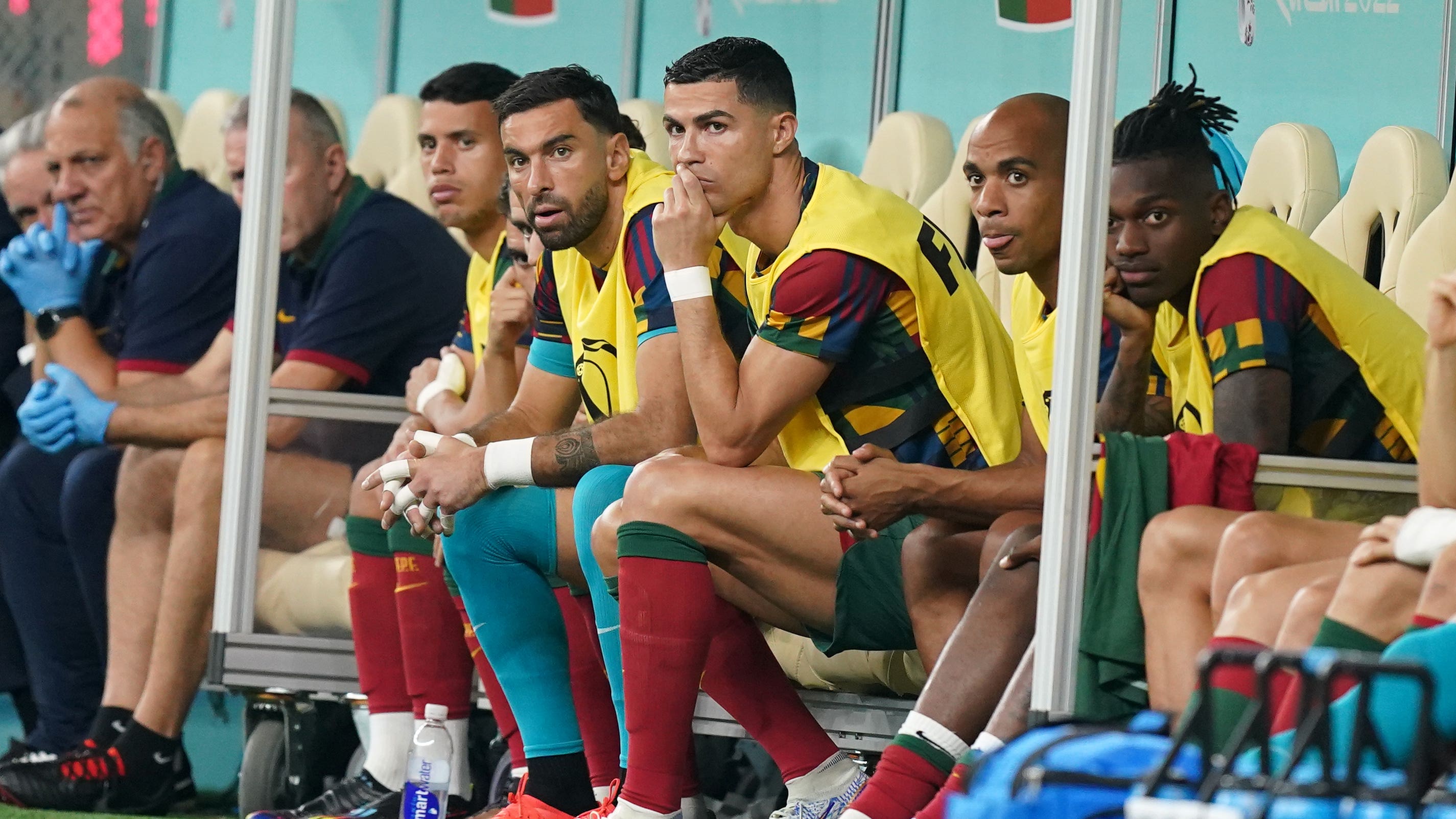 By Press AssociationDecember 6, 2022No Comments

Cristiano Ronaldo was dropped to the bench for Portugal’s World Cup last-16 clash with Switzerland.

The 37-year-old left Manchester United last month under a cloud and has cast a shadow over Fernando Santos’ side during their time in Qatar, too.

Portugal head coach Santos was unhappy with the veteran’s reaction to being substituted towards the end of Friday’s 2-1 loss to South Korea.

Ronaldo said his frustration was aimed at an opposing player.

There were resounding cheers from the Portugal fans when the 194-cap forward’s face was shown on the big screen during the national anthems but he had to take his place among the substitutes instead of lining up for kick-off at Lusail Stadium.