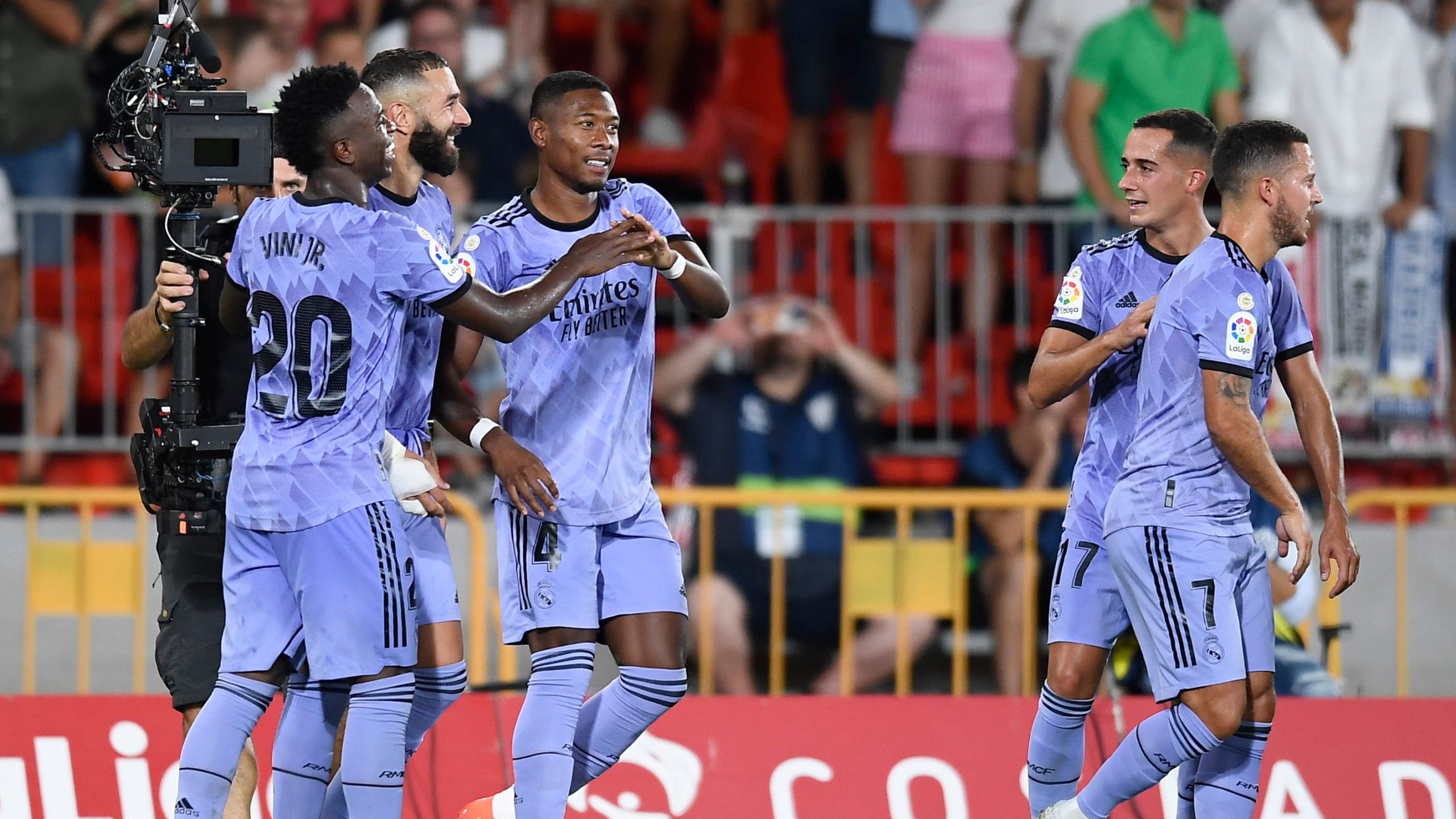 By Press AssociationAugust 15, 2022No Comments

David Alaba scored on his first touch as Real Madrid staged a second-half comeback to walk away with a 2-1 victory at Almeria.

Manchester United academy graduate Largie Ramazani opened the scoring on six minutes, latching onto an Inigo Eguaras long ball before sending a low strike past a diving Thibaut Courtois into the bottom left.

The result seemed to stall the defending champions, who couldn’t find a breakthrough despite dominating in possession.

Their persistence finally paid off in the 61st minute when Vazquez Lucas levelled from the centre of the six-yard box.

Alaba then came off the bench and wasted no time, firing an assured free-kick into the back of the net for the game-winner.

Valencia, meanwhile, clung onto a 1-0 lead from a Carlos Soler spot kick despite going down to 10 men after Eray Comert was shown red early in the second half.

Takefusa Kubo netted in his first game for Real Sociedad, his first-half strike the only goal in their victory over Cadiz.

Bayern Munich extended their perfect start to the new season with a comfortable 2-0 victory over Wolfsburg.

A dramatic afternoon in Rome saw both sides drop down to 10 men after Luís Maximiano was sent off just six minutes into Lazio’s home clash with Bologna, with Adama Soumaoro seeing red in first-half stoppage time.

Marko Arnautovic scored from the spot to open the scoring on 38 minutes before Lorenzo De Silvestri took a deflection amidst a goalmouth scramble and sent it into his own net before Ciro Immobile fired in the winner for the hosts.

Cremonese were also left short-handed after Gonzalo Escalante was sent off in their 3-2 loss to Fiorentina, while M’Bala Nzola’s first-half strike was enough to secure Spezia their Serie A win over Empoli.

In France, Auxerre salvaged a 2-2 draw with Angers despite being down to 10 men after Lassine Sinayoko was punished in the second half.

The hosts, who got off to an early lead through a fourth-minute Julian Jeanvier goal, also benefitted from a Cedric Hountondji own goal.

Emmanuel Agbadou was sent off in Clermont Foot’s 4-2 victory at Reims, while Toulouse also picked up three points on the road with a 3-0 win at Troyes.

Ajaccio and Lens played out a goalless draw, while both Brest v Marseille and Nice v Strasbourg ended 1-1.