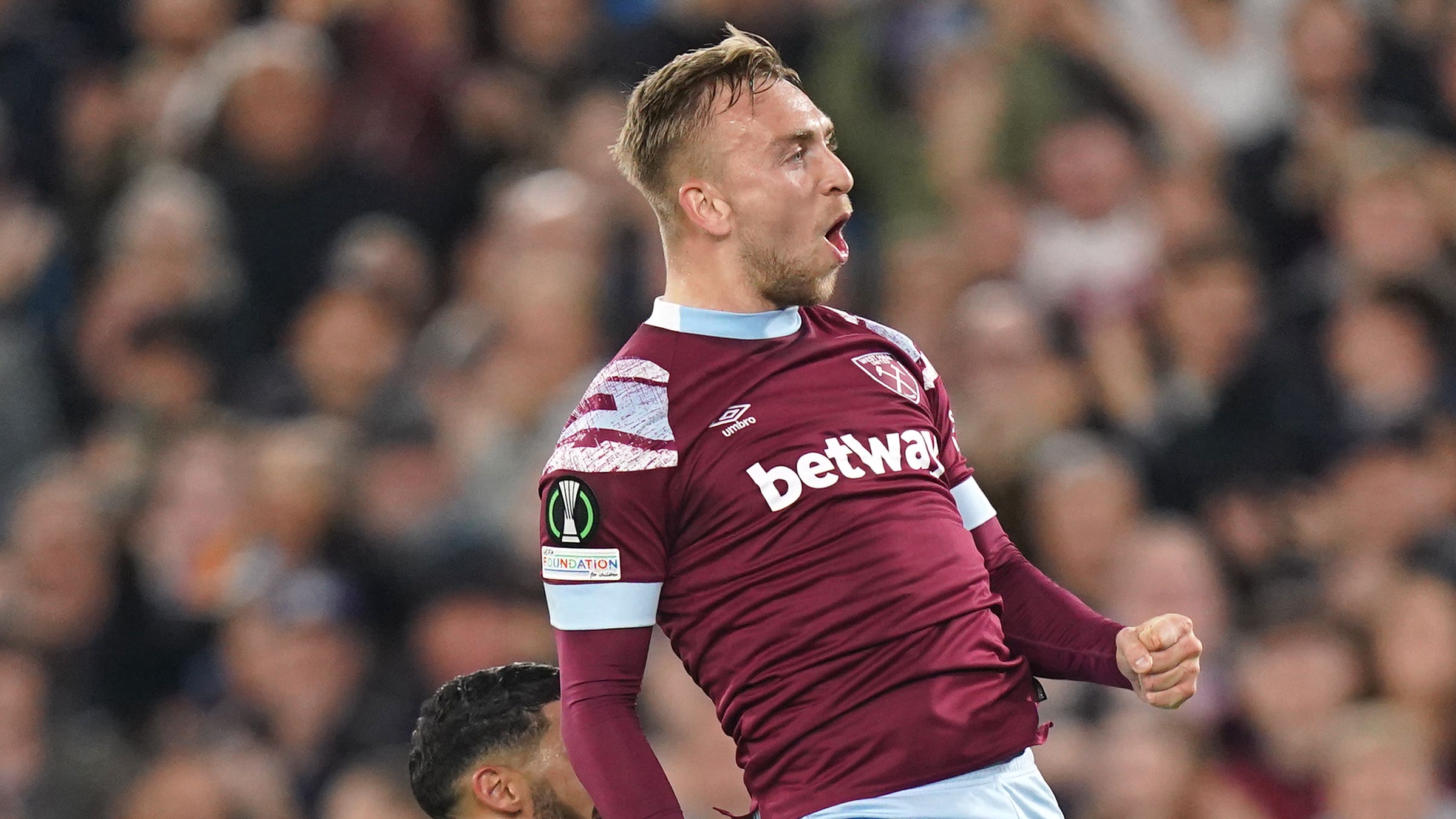 The 25-year-old should get plenty of chances to move ahead on his own after West Ham guaranteed qualification for the knockout stages of the Europa Conference League with two games to spare.

“It certainly is a feather in his cap,” said Hammers boss Moyes. “Maybe there are more European games these days with the group stages, but it’s still a good thing to have and hopefully he’ll score a lot more.

“He’s much closer to what he was last year and he looks a threat every time he plays.”

West Ham now need just a point from their last two games, against Danish side Silkeborg and Romania’s FCSB, to ensure they finish top of the group and move straight into the round of 16, avoiding a play-off in February.

“I’m really pleased we’ve done it and qualified,” added Moyes. “The big thing is to be in there after Christmas, and we still need a point to be group winners, and hopefully we can do that.”

They took the lead in the 13th minute when Said Benrahma whipped a free-kick over the wall and inside the near post.

After half an hour the Hammers had their second, Emerson Palmieri galloping down the left before pulling the ball back for Bowen to finish from 15 yards.

However, some of the gloss was taken off their achievement by crowd trouble which required riot police to separate the two sets of fans, with flares and seats being thrown.

Moyes added: “I saw some movement but I didn’t have any interest in it to be honest. Why would we want to draw attention to it?

“The players’ job was to get on with it and I thought they did. It’s not what any clubs want connected to them and I certainly don’t want it at West Ham.”

The Belgian fans were clearly the instigators of the trouble and an Anderlecht spokesman said: “We do not tolerate that behaviour in our stadium or away and we will take it up with the fans and UEFA. We apologise to West Ham.”