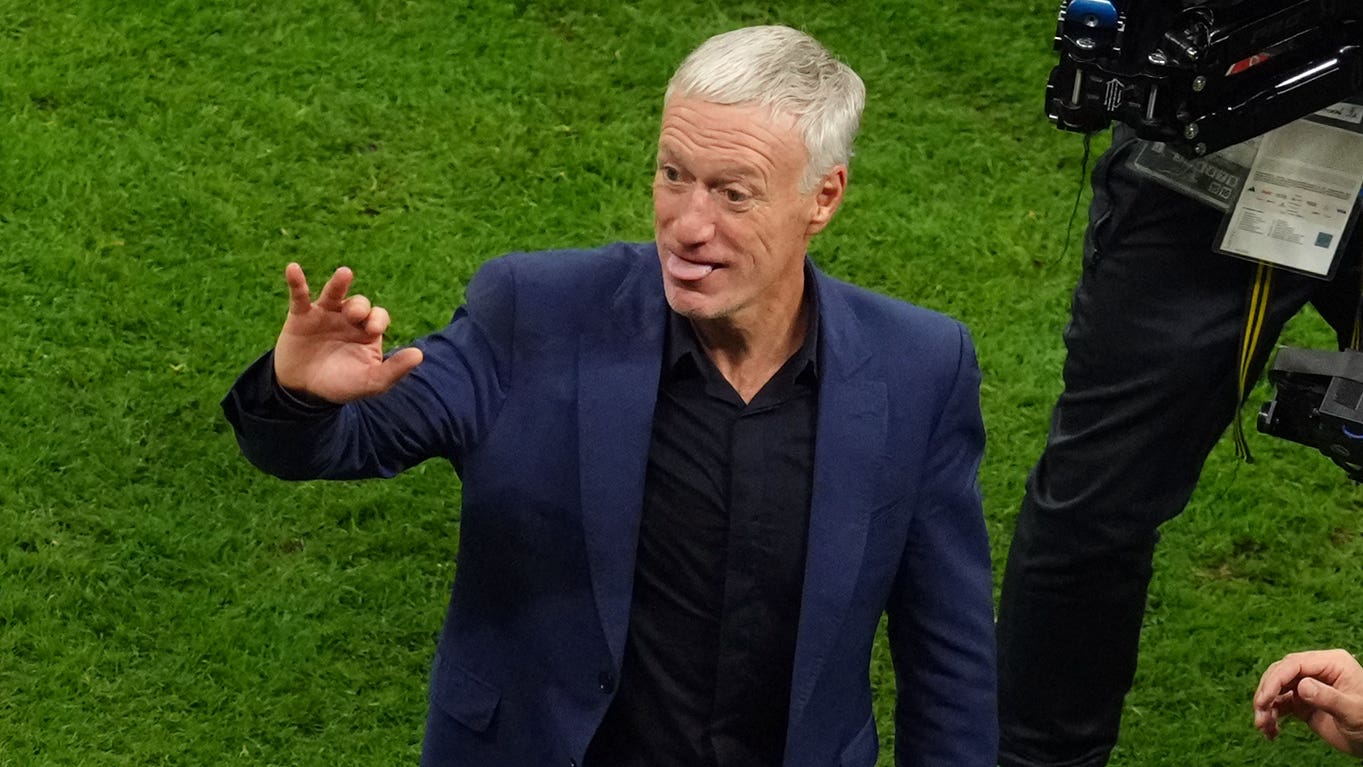 Didier Deschamps saw his France side “dig deep” to beat Morocco and set up a World Cup final against Argentina before revealing a number of ill players have had to be isolated from the rest of his squad ahead of Sunday’s blockbuster clash.

Lionel Messi and company may be waiting at Lusail Stadium on Sunday night but Les Bleus – who could become the first nation since the revered Brazil side of 1962 to retain their status as champions of the world – were pushed all the way before sealing a hard-fought 2-0 win.

While attention now turns to Sunday’s showpiece final, Deschamps will be keen for a clean bill of health after Adrien Rabiot was left at the team hotel instead of travelling to Al Bayt Stadium – while Dayot Upamecano and Kingsley Coman have also been struggling with illness.

“We’ve had a few cases of flu-like symptoms,” said Deschamps.

“In Doha, temperatures have fallen a little bit, you have air conditioning which is on all the time. We are trying to be careful so it doesn’t spread and players have made great efforts out on the pitch and obviously their immune systems suffer.

“Dayot Upamecano felt sick immediately after the (England) match – it happens when you make such an effort, your body is weakened and you are more prone to be infected by these viruses.

“We are taking all necessary precautions, we are trying to make sure it doesn’t spread but viruses are of course infectious and we have to take precautions against it. We separated him from others and Adrien as well.

“Kingsley Coman was also feverish this afternoon. Adrien was sick, he was a little bit better this afternoon but he just wasn’t well enough so he stayed in the hotel, we have a four-day rest so he should be better and available for Sunday.”

France came out on top the last time the two nations met, Kylian Mbappe scoring twice to outshine club-mate Messi in a thrilling 4-3 win en route to the title in Russia four years ago.

Deschamps has been impressed by Messi as he aims to add World Cup success to his glittering career but feels the defending champions have players who will also require special attention from Argentina.

“Messi has been in scintillating form since the beginning of the tournament, four years ago things were different of course,” added the former midfielder.

“He actually played as a centre-forward against us, which caught us by surprise four years ago whereas now he is in tandem, just in behind the centre-forward, he is picking up the ball a lot and he is running with it and looking in great form.

“He is one of the best players in the world and he has shown that, so of course we are going to try and counter Messi’s threat and stop him influencing the game and Argentina will try and stop the influence of some of my players.

“This Argentina side is different to the one we played four years ago.

“We have two sides with a great deal of quality and it will be up to key players to make a difference, maybe the team that makes fewest mistakes will win the game.”

While France will now begin preparations to face Argentina, Deschamps admitted his team were pushed all the way by a Morocco side who had already beaten Belgium, Spain and Portugal to reach the last four.

“I’m always proud when I achieve a result like this and it is great to have got through to the final, it wasn’t an easy victory,” he added.

“We showed our quality and experience and team spirit. We had to dig deep, even in the challenging moments in the match and as coach I’m very proud and pleased with my players.

“I don’t really think about myself but of course I appreciate we have had this success and I’m pleased for them.”