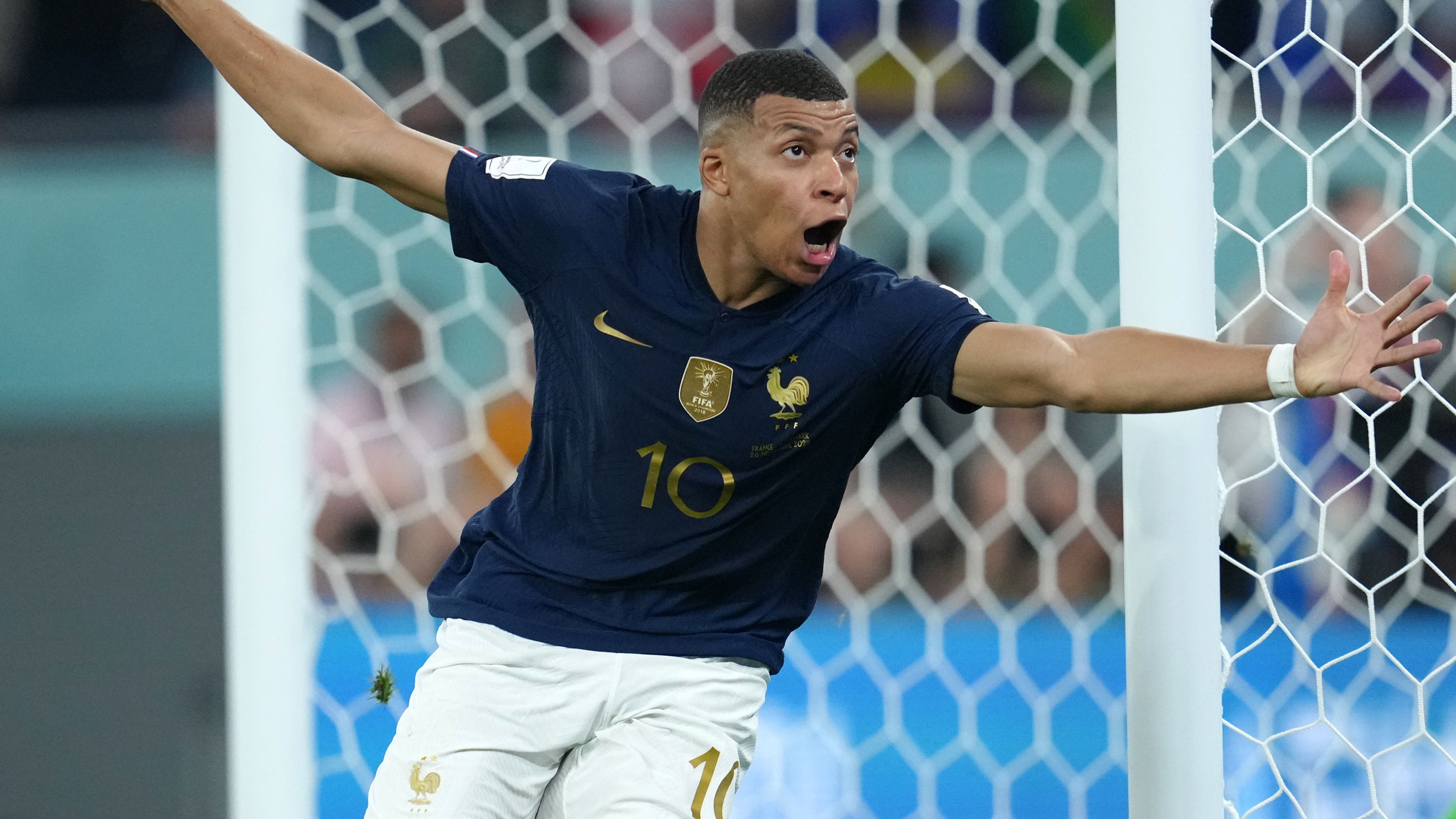 Didier Deschamps insisted Kylian Mbappe would have no problem with being benched for France’s final World Cup group game against Tunisia on Wednesday if the coach decides to rest his star striker.

The reigning champions are all-but assured of top spot in Group D given their three-point advantage and vastly superior goal difference to second-placed Australia, and Deschamps spent much of Tuesday’s press conference batting away attempts by journalists to work out how many changes he might make.

Deschamps confirmed there will be several, but would not say if Golden Boot hopeful Mbappe would be among them. The Paris St Germain striker has scored three goals in France’s opening two games, and is the tournament’s joint top-scorer alongside Ecuador’s Enner Valencia at this early stage.

The 23-year-old would no doubt fancy his chances of adding to that tally if he plays at the Education City Stadium, but Deschamps insisted Mbappe is focused on the bigger picture.

“His fitness is fine so we don’t need to manage that,” Deschamps said. “Perhaps then you are asking about his ego. Kylian doesn’t have a big ego. Of course he’s an important player, a key player, but he’s a team player.

“Of course he’s a star because he’s such a vital player but he’s not 18 anymore. He’s got a bit more experience. He always wants to play but that’s true of all players. Not all of them can start tomorrow. There are a lot of factors to take into account.”

While Deschamps can plan ahead, opposite number Tunisia boss Jalel Kadri may only have a few hours left in the job – at least if he sticks to his own promise to step down if he could not secure what would be Tunisia’s first progression beyond the group stages.

Asked about that pledge on Tuesday, Kadri said: “Let’s wait for the result of the match and we will see. We are people who bear responsibility and hopefully I will be able to answer your question after the match.”

Kadri admitted to making tactical mistakes in Saturday’s 1-0 defeat to Australia which has left them bottom of the group, their hopes of progressing out of their hands even if they win on Wednesday.

“We weren’t very lucky with some tactical decisions we took during the match against Australia,” Kadri said. “Unfortunately this is football and we bear responsibility for those choices. The message I would convey to the players is that nothing is impossible and we are still alive.”

Ten members of the Tunisia squad were born in France but one of that number – Montassar Talbi – said they would put their emotions surrounding this fixture to one side.

“I was born in France, I have a lot of friends in France, but it’s still a football match at the end of the day,” the Lorient defender said. “Even the players born in France, we are wearing the Tunisia shirt and we will give our all.

“It is a special match for our families in France but as a player you always want to play as well as you can and represent your country.”